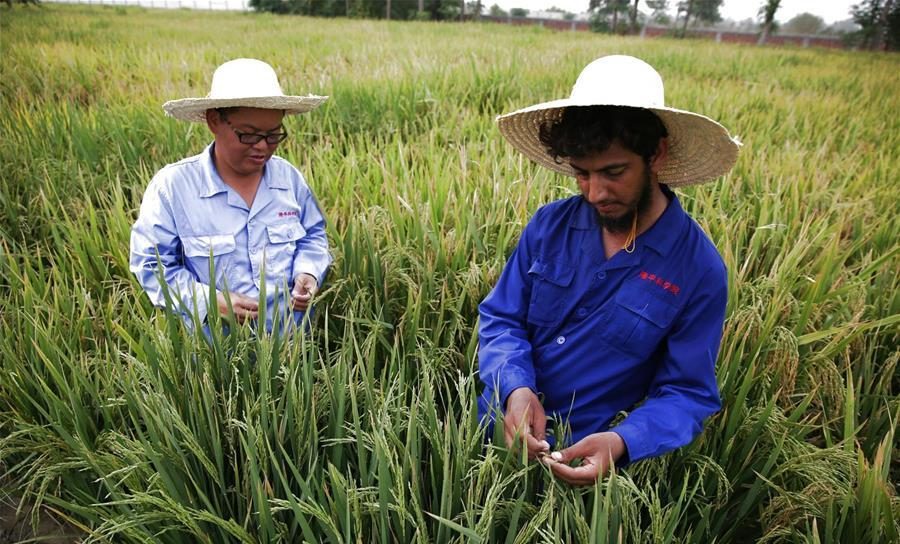 Pakistani and Chinese researchers are continuously testing hybrid wheat varieties to increase the average production and output of the crops in Pakistan so that the damages that floods have brought could be negotiated. The new variety is aimed to have crops with higher resistance to drought, diseases, and climate uncertainties and higher production per unit area. Dr. Ghulam Muhammad Ali, Chairman of the Pakistan Agricultural Research Council (PARC) said;

“Our government looks forward to maximum cooperation and coordination with China The floods, about $4 billion was lost from wheat damages, with Sindh and Baluchistan being the hardest hit areas.”

The government has already imported around 1 million tons of wheat for local consumption, and more will be imported.

“Then hopefully in March next year, we will welcome wheat harvest. But about 20% of wheat production will be reduced in the coming season because the low land is still waterlogged and not suitable for sowing. To combat climate change, climate-smart technologies are required. We need new, climate-resilient varieties; we need machinery for planting from seed to grain; we need storage system to protect ourselves from disruptive disasters.”

As extreme weather conditions are happening ever more frequently, Chairman PARC anticipates closer cooperation with China for agricultural technologies. During PM’s visit to China, agriculture is also one of the priorities of cooperation. It is learned that PARC is working with the Chinese Academy of Sciences and Yunnan Academy of Agricultural Sciences, especially in breeding technologies. Yunnan, a province in southern China, has a climate similar to Pakistan.

Through years of exchanges, the two sides have discovered that doubled haploid breeding and hybrid breeding of wheat apply to Pakistan. Personnel exchanges and training are ongoing and sponsored by the Ministry of Science and Technology of China and breeding resources are being shared with over 200 lines of wheat being selected.

“We look to learning the technologies from the Chinese side. We can form joint working groups and declare centers of excellence so that technologies can be transferred and our scientists can indigenize them to build capacity and rehabilitate our farmers.”

Alluding to the recent visit of Prime Minister Shehbaz Sharif to China, the ambassador wrote that the Chinese President vowed that China will continue its fundamental policy of providing new opportunities to Pakistan and the rest of the world through continuous development.

The Chinese ambassador said Shehbaz Sharif was the first head of government to visit China after the 20th National Congress of the Communist Party of China and met Prescient Xi twice in less than two months which well demonstrates the matchlessness of Pak-China ties.

Ongoing projects include the partnership of  Long Chunjiu (L), chief scientist of Longping South Asia Seed Research and Development Ltd, and research manager Wasim Waheed, who is currently working at a rice field in Lahore of Punjab province in Pakistan. A project was started here in 2014 and has been carried out by Guard Agriculture Research and Services in collaboration with the Chinese Yuan Longping High Tech Agriculture Company. In the project, they sow around 15,000 varieties of rice for research purposes whose data was used to select the best five types for the national trial. The project enabled Pakistan to develop hybrid rice seeds which is the core part of the production.

Abdul Rasheed, the chief research and development officer in Guard Agriculture Research and Services, said that rice generally matures between 30 to 40 degree Celsius, but with the hybrid technology it could even bear 40 to 50 degree Celsius. It consumes less water which reduces the overall cost making it cost-effective as well.

Moreover, it matures in 95 to 100 days while ordinary rice takes around 120 days and due to the shorter maturity, period hybrid rice crop consumes less irrigation as compared to traditional rice varieties. 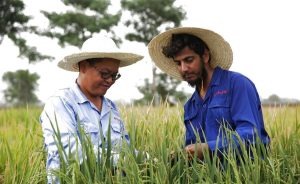 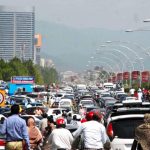