Facebook has released the second half of its report for 2015 on the requests for data it receives from governments around.

The report is released in two halves, from January to June, and July to December. It details the total number of requests made by the government of Pakistan, the number of User/Accounts Requested and the number of pieces of content restricted.

In 2015, 6 pieces of content were restricted based on legal requests from the Pakistan Telecom Authority.

Total Requests: 192
User/Accounts Requested: 275
Percentage of requests where some data is produced: 58.3%

Total Requests: 471
User/Accounts Requested: 706
Percentage of requests where some data is produced: 66.4%

According to Facebook, it responds to valid requests relating to criminal cases. Each and every request they receive is checked for legal sufficiency and they reject or require greater specificity on requests that are overly broad or vague.

Like other social networks and internet giants, Facebook also receives tonnes of data requests from governments and law agencies all around the world. Going by the books of some of those other companies, Facebook has also taken to publishing this information about requests related to their various products and services (including Facebook, Messenger, WhatsApp, and Instagram) in the form of a semi-annual “Government Requests Report”.

The full detailed report can be found over here. 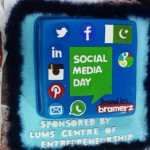