Pakistan ICT industry – the glass that remains half full 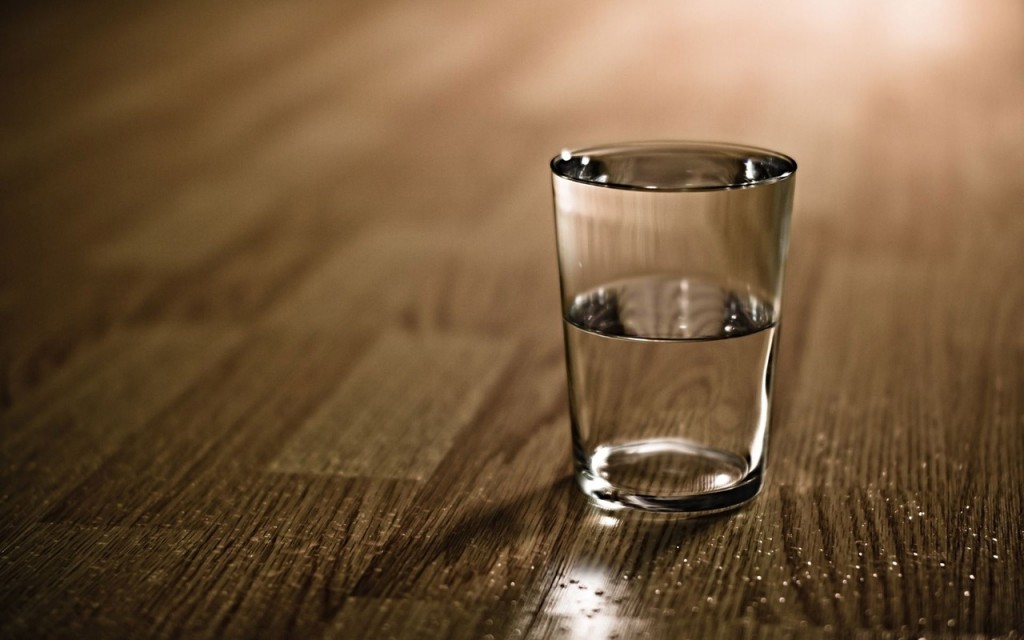 The prevalent challenges for Pakistan technology and software industry are the mindsets that control the core industrial and business domains at the very ground level. The diversity of these domains encompass textile, agriculture, fast moving commercial goods, general trading, energy, mobile and telecommunications, real estate and constructions, financial trading, healthcare, and pharmaceuticals.

A handshake with Pakistan ICT industry:

With the presence of around 170 engineering and ICT academic platforms and around 300 listed software houses, the resources and software solution supply and demand kept on with their seesaw game; however efforts are now made to ensure for right talents for the right jobs.

In comparison to other countries and South Asian region, the software industry in Pakistan is tentatively new; it was started as a properly recognized industry during early and mid-nineties. Most of the functioning units in this industry are served by their foreign investors and clients. However, there are also companies which have made their names with local Pakistani clients. Mostly in the areas of financial, human capital and ERP solutions.

Ironically, in the absence of foreign technological influences and investments in Pakistan, it could become very difficult for the software industry to survive, and seemingly, no one seemed to be apprehensive about this state of affair, but there were warnings!

Just 15 years ago, the world was shocked and terrorized by the events on 9/11 in the Unites States. As an aftermath, many of the businesses with ties to US in Pakistan, including the software houses were either forced to close down or had to shift their domain to the local market and far eastern markets. Interesting fact here was that prior 9/11, India and Pakistan were almost on the same track of progress and business

Well, within the past 10 years, Pakistan ICT industry have stood up to its feet and survived, but there is an overhanging question, that needs an answer, and that is;

“Have we ever modified our approaches from “being dependent” to “being independent” in technological reforms? Or are we waiting for another analogous jolt to make us understand our own fate?”

Yes, I know I am being inconsiderate here to the extent of what is on the current trends and news in Pakistan, because, under certain specific criteria, IT industry is headed in the right direction. Recent news on the sphere can be marked as the beacon of hope for Pakistan.

Young-blood is in the realization of running their own businesses, rather doing routine jobs, and a lot of new startups and local business ideas are on the rise.

There is also proper recognition of the talent on several platforms that was missing just 10 years ago. Internationally speaking, Pakistan is considered as the next IT hub.

In a manner, we are headed for the right direction – but are we up to the speed, and above all, is it a full hearted approach?

To be honest, I don’t completely agree with this;

Why I state this kind of beef? Because it actually carries a lot of weight!

While considering the IT infrastructural development and growth in comparison to the technological demands, business values, mindsets and demographics of Pakistan’s core industrialized sector, some pieces of the puzzle still doesn’t seem to fit in.

You see, we have some daunting intangible challenges at play here;

First of all, Pakistan is an agricultural state, which means, that most of the real estate in the country is owned or being used for agricultural purposes. According to the World Bank report, nearly 60% of Pakistan’s population habitats in rural and suburban areas and rest of the 40% are either part of the urban areas or have now migrated to developed cities.

20 years ago, the percentage of population in rural areas was 80, and within these years 20% more migrated to the cities and urban areas, which indicate to the fact of internal relocation of inhabitants either for availing better earning opportunities or due to some other factors in recent years. Therefore, in order to develop infrastructures and innovations, we should not ignore this mass of population, because at the root of this scenario, this would only point to the fact that we are losing 60% of the business opportunities.

Second challenge is the population of the country, in comparison to the number of businesses and services that are incepted for the growth and reforms of the people. These businesses can be healthcare, financial services, consumer goods and ERP. Because, what the evidence have suggested that the population of Pakistan is around 185 million people, and the businesses we offer to them does not proportionate with the statistics at all.

Third, is the languages that are spoken in Pakistan.

“In Pakistan, Punjabi has the highest number of speakers which are 48 percent of the total population. However, Sindhi language is spoken by 12 percent, Pashto and Urdu 8 percent, Balochi 3 per cent, Hindko 2 per cent and Barohi 1 per cent. This clearly shows that the products which are depicting “English” as their prime language is actually loosing a huge chunk of audience and business on native levels.”

Apparently, there is a very large room for opportunities but on the contrary, even a larger one to vent out the opportunities if we don’t put our considerations for the above in the first place.

Have we been looking in the wrong direction?

Whatever we have been doing regarding information technology is mostly focused towards the urbanized minds in Pakistan, or has been tailored for the foreign clients. Whereas, Pakistan has yet to witness a grass root level business growth reaching out to general population, which is apparently focused on some selected group of citizens within the well developed areas of the country.

I consider this, as a glass half full perception and to some extent, compulsive behavior!

What I believe is that a nationalistic approach for software development and services industry should be adapted. The reforms should not focus one province or a singular city. There should be a controlled and managed action plan with roots reaching out to maximum amount of population.

On the contrary, the comparison between IT boards of 4 provinces reflects this contrast in full details.

Here you can view Sindh, Punjab, Baluchistan and KPK , Information Technology boards and their websites. You can clearly see the difference in terms of news, projects and activities that are carried out within the provinces. Punjab province is way ahead, whereas there is a good amount of changes in website and project listing evident in KPK website, on the other hand, Sindh and Baluchistan does not seem to be moving up to the speed.

The other side of the picture:

Under the current scenarios, the startups cannot grow to their visions and products reach out, without proper governmental support. Venture capitalists from foreign sectors can funnel frequent funding to a certain extent, but to make businesses stable and cultivate at the same time, entrepreneurs in IT sector necessitate an extended hand from the government.

Currently Punjab province is clearly on the leading edge of the IT development sector. Whether it is manufacturing, trading, general business, transportation, education or healthcare, the growth in this particular region of Pakistan is certainly on the rise.

Just last month, the news regarding doubling the education budget by 2018 with the help of US first lady Michelle Obama’s initiative called “Let Girls Learn” was also something that came out of Punjab. Where the first lady, accompanied by Mariam Nawaz Shareef, stated:

“I’m proud to announce that, building on Pakistan’s commitment to double education spending…the US will be investing $70 million to educate adolescent girls in Pakistan,”

Should this satisfy us? I believe it should not because, on the other side of the picture, the rest of the provinces are not coping up with this pace.

Very recently the Minister of State of Information Technology and Telecommunication, Ms. Anousha Rehman inaugurated the IT block in Lahore College for Women University, where among other announcements, she also stated:

“The government is working on the special project of ICT for girls where we want to establish computer labs for the girls of under-served areas and teach them about coding, so that they could earn an honorable livelihood”

This statement is an indication that there is in fact a realization on the government level to reach out and provide technological development and products to people in rural and remote areas.

Only question remains that how much ground will be covered and in what region?

According to Global Information Technology Report – 2014, Pakistan is ranked 111 out of 148 countries, which is not an appalling situation, as it indicates the trends towards the development side and not a halted state.

Pakistan showed slight improvement on the Business and Innovation Environment pillar by improving in ranking at 101 as compared to 102 last year.

“One of the key findings of the report is that Pakistan cannot only rely on ICT infrastructure development to become competitive. Rather, the benefits of ICT can only be fully derived when a country implements a holistic strategy aimed at creating conditions for skills, innovation and entrepreneurship to flourish alongside modern infrastructure” said Amir Jahangir, Chief Executive Officer of Mishal Pakistan, a country partner institute of the World Economic Forum.

The report also indicated that, in the South Asian region, Pakistan was outperformed by Sri Lanka at 76, India 83, Bhutan 94, Iran 104, whereas Pakistan was ahead of Bangladesh at 119 and Nepal 123.

What do we need to do?

It is evident here that the distorted growth in IT sector and government not focusing on developing other cities in Pakistan to a good urbanized standard, has resulted in slow development pace for Pakistan. I believe that these numbers can improve with a good pace, if the development in IT sectors is carried out in a centralized format.

We cannot rely on Karachi, Lahore, Peshawar, and Islamabad to be the mantle bearers of the nation. Academic, industry and infrastructural growth in the areas of Central Punjab, Interior Sindh, Southern KPK and all major regions of Baluchistan is something from which we cannot take our eyes away from. Provinces should work independently to establish growth within their Geo-Economical domains.

Regarding the growing trends of startups; where innovations are mostly circling the public, e-commerce, healthcare and consumer domains, the eminent need is to extend the reach of these services to common man, and most of them do not speak English.

Within the course of this journey, yes, there will be progressive wise differences in the development areas for each province, and I believe that there should be, because once the problems and solutions are on the table, they can be resolved with much greater efficiency!

Consequently for each province, there will also be the factor of speed in innovation and completion of projects in light of certain contextual factors. Government should invest in acquiring the services of core industrial experts and consider its own current IT infrastructure, in order to change things where possible, because it is not a morning walk, it is a race.

At present, what is evidently visible in business and IT sector growth in Pakistan, pertaining to a regional and trend oriented base, is not a good sign, but with a combined effort of business, government, and individuals, I think we can get there, slowly, but surely. 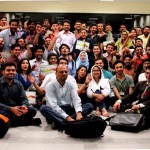 Startup Weekend coming to IBA and LUMS on 20-22nd November