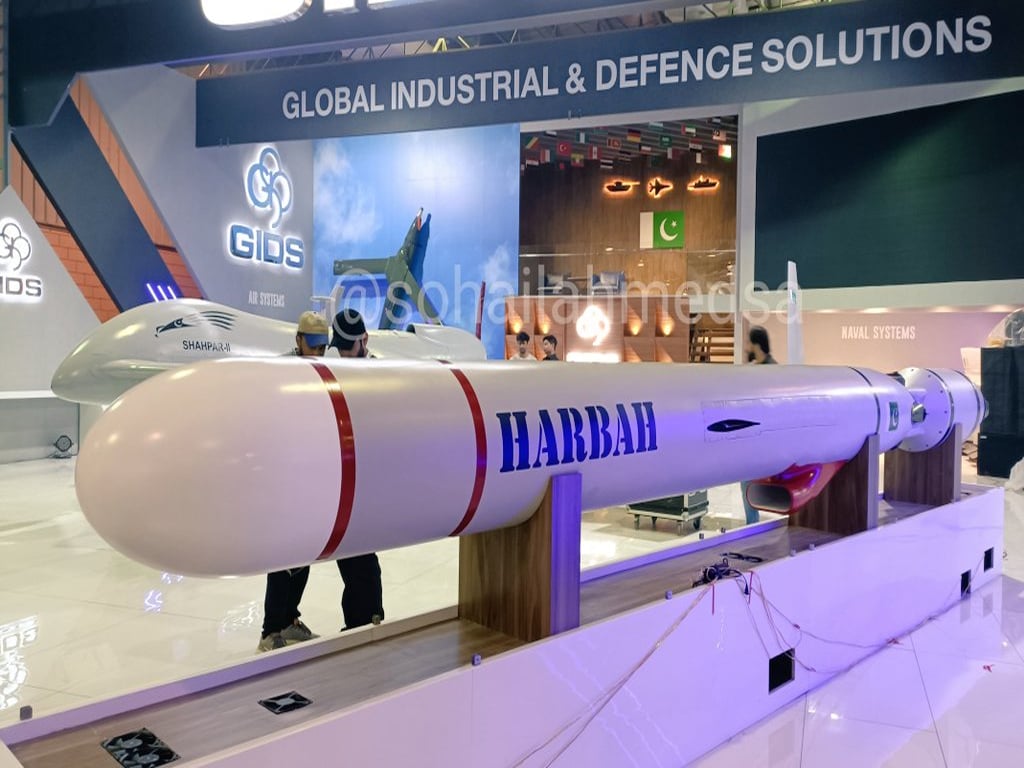 Pakistan has achieved another major milestone for self-sufficiency as Global Industrial & Defence Solutions (GIDS) launched its first indigenous anti-ship cruise missile Harbah-NG for exports on the 1st day of IDEAS-2022 at the Karachi Expo Center. Pakistan has previously showcased its new anti-ship cruise missile Harbah for the first time at the Doha International Maritime Defence Exhibition and Conference (DIMDEX) in Qatar.

The weapon system can be mounted on all naval platforms from small fast boats to destroyers, and has a 290 km MTCR-compliant range. pic.twitter.com/hCPuytTy7i

The missile was developed for the Pakistan Navy to create an indigenous anti-ship missile solution for its vessels. The country currently deploys the missile on several naval platforms. The Pakistan Navy Flotilla, including PNS Shamsheer, PNS Azmat, and Kolachi, also participated in the 11th DIMDEX conference last week.

HARBAH-NG is an all-weather, ship-launched subsonic anti-ship cruise missile with a range of 290km that can target enemy ships and land-based installations with an accuracy of less than a 10m radius. It has been designed to maintain a low-altitude, terrain-following flight profile which makes it capable of successfully evading the enemy’s countermeasures during the operational mode.

The missile has an exceptional modular design, facilitating variations to the warhead, guidance & range capabilities. It is offered in both air & ground-launched variants.

This recent launch has brought Pakistan into the list of a few elite countries in the world capable of selling cruise missile technology in the international market. GIDS is a state-owned organization operating under the patronage of the Joint Staff Headquarters mandated for the exports of defense products in the international market. GIDS has already been successfully exporting bombs, missiles, drones, and other security systems to multiple countries from all major regions including the Middle East, Central Asia, Latin America & Africa.

A non-nuclear, “fire and forget” weapon system, the Harbah was developed from the Babur family of missiles by state-owned Global Industrial Defence Solutions. The medium-range ship-launched cruise missile can strike land and sea targets up to 280 kilometers (174 miles) away at a speed of 988 kilometers (614 miles) per hour in all weather conditions.

It uses a Digital Scene Matching Area Correlator camera, radar, and infrared seeker to follow and strike targets. The Harbah has a modular design with further enhancements to boost its capabilities. In January 2018, Pakistan announced the successful testing of the missile from the Azmat class fast attack craft PNS Himmat in the Arabian Sea.

A special exhibition called IDEAS-2022 was arranged and Defence Export Promotion Organization (DEPO) has arranged this exhibition, which brings together defense industries from across the globe to showcase their latest technological innovations.

According to sources, 285 delegations from 51 countries including military delegates and trade visitors are witnessing IDEAS-2022. A briefing was given to national and international media during the curtain raiser of IDEAS-2022 at the Karachi Expo Centre on Saturday by officials of the DEPO, Ministry of Defence Production.

The first two-day have been earmarked for delegations, trade visitors, and networking activities. The other highlights of the day include an international seminar on Artificial Intelligence (AI) in the defense market and a paradigm shift in military strategy and national security.

IDEAS 2022 has surpassed all previous milestones in terms of space, booking, exhibitors, and delegates both domestic and foreign. Karachi Expo Centre has been booked to its full capacity with more than 500 exhibitors from Turkey, China, North America, South America, Europe, Asia, and the Far East will be showcasing their products out of which, 60 percent are international and 40 percent are local. 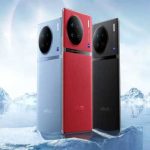