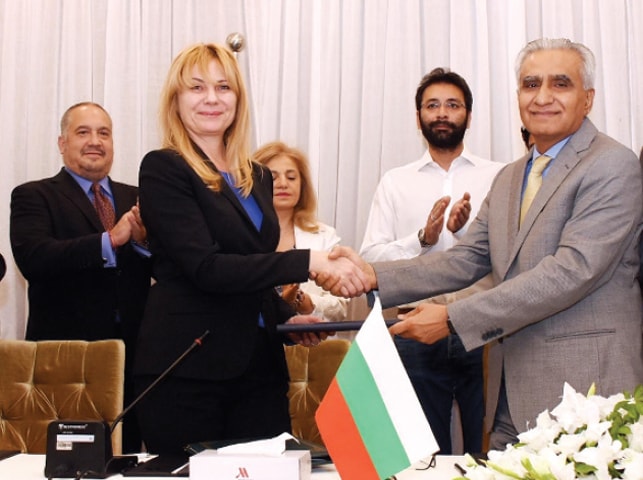 Pakistan and Bulgaria have signed an agreement to get rid of double taxation and collaborate with each other to prevent tax evasion. The agreement was signed as an addition of the Second Session of Pakistan-Bulgaria Inter-Governmental Commission (IGC), which ended on Tuesday.

The treaty will promote economic cooperation, investment and strengthen the economic relations between the two countries. It will also provide safeguards against double taxation of income of Pakistani and Bulgarian citizens. Moreover, both countries agreed to collaborate and work together to promote bilateral trade and investment. They agreed to enhance economic cooperation in information and communication technology (ICT), tourism, culture, livestock, maritime and railway sectors.

The Director-General Muhammad Ashfaq Ahmad of the Federal Board of Revenue (FBR) and Deputy Minister of Economy Republic of Bulgaria Liliya Ivanova signed the treaty between the two nations on behalf of their respective governments.

The director FBR in a statement said, “Both the countries will continue to strengthen economic and trade relations in future for the mutual benefit of two countries”.

Both sides also agreed to encourage the companies and businessman in their countries to participate in trade fairs and exhibitions and make efforts for the establishment of joint programs in engineering, automotive and food processing. The countries will also facilitate the export of products between them. Bulgaria will facilitate the export of Pakistani citrus fruit, mango, rice, raw cotton, dates, fruits, and marble to Bulgaria, while Pakistan would also export Bulgarian products and components in the country.