Popular gaming venture, Mindstorm Studios, known for many gaming titles including Whacksy Taxi, Cricket Revolution, and War Inc is all set to enter China’s gaming market. The gaming studio has shaken up it’s executive team with inclusion of a technology industry veteran, Nabeel Nawaz, as the Chief Operating Officer.

Nabeel has a degree of MBA from INSEAD and over 16+ years of experience which spans across several countries. Most recently, he was working on two of his startup initiatives which were an offshore software development and a tech agricultural venture. Nabeel has also been associated with Plan9 Incubator as a startup induction judge.

While talking to TechJuice, he said,

“The experience of Mindstorm’s executive team, and their laser focus on quality is what has allowed them to build world class mobile games. I look forward to being a part of an exciting new chapter in Mindstorm’s history”

Nabeel’s job at Mindstorm studio would be to lead a pack of talented, versatile developers and create out of them a team that excels across all facets of the game development, business development, and digital publishing. Furthermore, he would be tasked with powering Mindstorm’s latest products into the lucrative markets across Asia, America and Europe.

“We are thrilled to welcome Nabeel on board during this exciting period of international growth for the company,”

Commenting on what Nabeel brings to the venture, he said,

“Nabeel understands corporate strategy and execution like few executives can hope to, and his proven track record for maximizing growth potential and operational efficiency across organizations will be critical in helping us crack the billion dollar Chinese market with our upcoming product releases.”

Mindstorm Studios for the past 10 years has been creating original first party core, mid-core, and casual games for mobiles and tablets. The gaming studio already have physical presence at Houston, Dubai and Lahore, and has reached over 10 million users through different screens.

Pakistan might have a flurry of gaming studios, but there are only a few ones working on innovative and original titles. Mindstorm Studios’ Cricket Revolution has won several accolades in past. Just last year, another gaming venture, Tapinator (Khurram Samad, founder and CTO) raised 2.5 millions dollars at a 16 million dollar valuation. Islamabad-based, We.R.Play is also working on original titles, Run Sheeda Run, a desi title for local audience created a stir on launch. 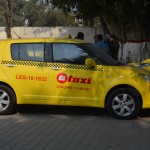