Run Sheeda Run is a Pakistani game, loved by many. If by some misfortune you haven’t been introduced to RSR and, hence, don’t know what I’m talking about, allow me to elaborate. Run Sheeda Run, an Android app released back in 2014, is a desi spin on the popular game Subway Surfers.

Run Sheeda Run was developed by them particularly aimed for the Pakistani audience. The game is true to the Pakistani culture and sees Sheeda, a young boy running for his life from the evil Qasai – who, somehow, happens to run very fast. Sheeda runs through the streets and the game’s graphics do complete justice in depicting the Pakistani streets. Ever since the app was first released, the games developers have rolled out various updates occasionally – giving a patriotic feel on 14th August and an homage to our religious traditions on Eid.

Run Sheeda Run has had around 500,000 downloads on Google Play, but the road doesn’t end there. we.R.play has some cool upgrades regarding the future of the game. TechJuice was able to get some inside scoop from the team and here are their two important announcements:

There you have it guys. Run Sheeda Run isn’t going away anytime soon and these new features/upgrades along with the iOS app are expected to be released next month. 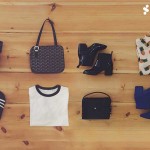 Sparklist helps you update your wardrobe and make extra cash