Pakistani Google Play Store is an epidemic of Mediocre Apps

I never really realized how cluttered the localized Google Play Store had gotten until one night I was searching for a weather app with a decent widget. No sooner had I typed the words “weather” that a plethora of apps were revealed to me, most of them had boring, generic and badly designed icons. Careful to not judge by appearance, I downloaded one of them to check whether it could function as my daily driver or not. I soon found out that it could not. The interface was ancient, the ads were obtrusive and the app even force-quit once. I uninstalled the app, dug a little deeper and found a proper app that displayed the necessary weather info when needed and stayed out of my way for the rest of the time.

I am pretty sure we all know about the bad apps by now. The ones with a glossy icon (often accompanied by a crescent moon and a star), an annoyingly long name along with a Gingerbread-esque UI and a flashy background image. It doesn’t take a software developer to know that these apps are the lowest of the low. This problem is partly Google’s own fault because of their leniency when it comes to approving apps when they are submitted for reviewing. The issue is that Google has a comparatively relaxed filtering/vetting process for these newly submitted apps so a lot of them are mediocre. These substandard apps have an overall negative effect on the diversity of the local Play Store.

On the other hand, it’s also the fault of the average Pakistani consumer. A significant percentage of our people have a habit of only using the Play Store for downloading free-to-play games, cheap prank apps and launchers. This affects us all because it ends up changing our respective Play Store trending sections into messes that contain nothing but locally made Flappy Bird knockoffs and Broken Screen Prank apps. The simple fact is that these apps are popular with the masses and the Play Store’s location-based app recommendation system cannot help but show us what, according to its algorithms, are apps that are in demand in our regions.

As a result, these low-quality apps dominate the top most places in the Play Store while truly innovative apps like Patari, Run Sheeda Run and Intellistats are buried under layers of inferior apps.

One of the repercussions this has is that apps which actually do deserve to be on top do not get their fair share of attention (or downloads) thus undermining their overall worth and popularity. I am willing to bet that a lot of people have not even heard of Slide, a lock-screen application that takes an interesting take on displaying infotainment from the comfort of your lock screen.

Another issue is that people who have not received news of apps like Patari, Intellistats and Slide via social media might never find out about them. You could be in dire need of exactly the type of app that Pakistani developers have spent time and effort over but you would be deprived of it simply because some useless app has stubbornly rooted itself on your Play Store’s Trending and New Apps pages. This has made the complete ecosystem of apps available on the local Play Store look less versatile, less resourceful and more cluttered than ever.

Let’s not even talk about the huge number of apps that exist solely to pull videos of a single category from YouTube and show them in a list, apps that consist of low-res wallpapers and apps that do nothing but put a frame around a photo. Personally, I think Google should have one of their purges every 6 months till the number of useless and cheap apps decreases. Until then, we will have to raise awareness of new and original Pakistani apps so that they get the recognition they deserve. 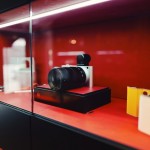