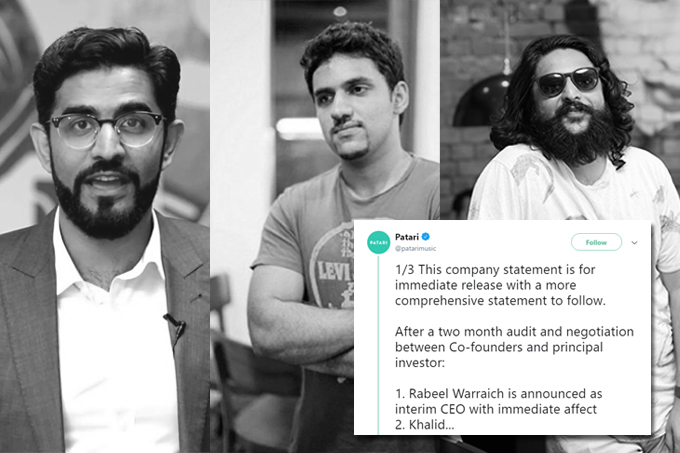 Patari, the local music streaming app, has just announced in a post on Twitter that Rabeel Warraich, one of the investors in Patari, has been appointed as the Interim CEO.

The announcement comes right after the resignation of 6 core team members of Patari, who parted ways in the wake of recent sexual harassment scandal that shook the startup. The resigning team included the interim CEO appointed after the scandal, social media lead and other core members of Patari. In a social media post, they alleged that the harassment case was not being resolved amicably. Khalid Bajwa, the alleged harasser, despite being removed from CEO position and asked to stay away from day-to-day operations continued to deal with external parties representing Patari. The cofounders were also alleged by the resigning team to have a soft corner for Khalid Bajwa and felt that he was unfairly victimized.

“While we waited for this audit to complete, all trust within the company was destroyed. Members of the company’s leadership, namely Mr. Bajwa along with co-founders Faisal Sherjan and Humayun Haroon, violated the company’s governance, undermined ongoing projects, and threatened the roles of the company’s management. During this time, Mr. Bajwa, who was asked to take leave from company matters while the audit proceeded, continued to operate with external partners as representing the company. An internal meeting made clear that some of the co-founders thought Mr. Bajwa had been unfairly victimized, and that further there was no room for many employees, including many of the undersigned, to remain in the company.”

According to the startup, the decision of having Rabeel as the CEO was taken after negotiations between co-founder and principal investor. Patari’s official statement neither denies or agrees to the allegations put forth by the parting team members. The statement also doesn’t address any of the concerns raised yet maintains that the startup has zero tolerance towards any forms of harassment.

Yesterday social media was abuzz with several people alleging that Khalid Bajwa is re-instated as the CEO of Patari. Today, in an official statement on Twitter, it is announced,

“Rabeel Warraich is announced as interim CEO with immediate affect and (Khalid) Bajwa (is) removed as Board member and from any role with Patari.”

Here is the full statement.

1/3 This company statement is for immediate release with a more comprehensive statement to follow.

After a two month audit and negotiation between Co-founders and principal investor:

The popular music streaming app started back in September 2015 from the famed Plan9 incubator. The platform had the sole aim to offer original Pakistani music on its platform. Patari has brought to the limelight a lot of Pakistani singers such as Abid Brohi and Jahangir to name a few. According to Aurora, as of last year, Patari boasted a collection of over 750,000 songs, 600 artists and 100,000 registered users.

Patari is going through a difficult phase ever since the co-founder and CEO, Khalid Bajwa, was accused of harassment on social media. Interestingly, Khalid Bajwa stayed mum and never publically denied or shared a statement on these allegations. On the other hand, as the core-team resigns, it becomes apparent that the startup had no better option in the current team to appoint as the interim CEO. 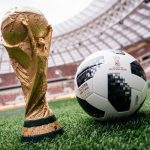 What is the technology & equipment involved in broadcasting FIFA matches?