People are more excited about upcoming iPhones than Galaxy Note 9 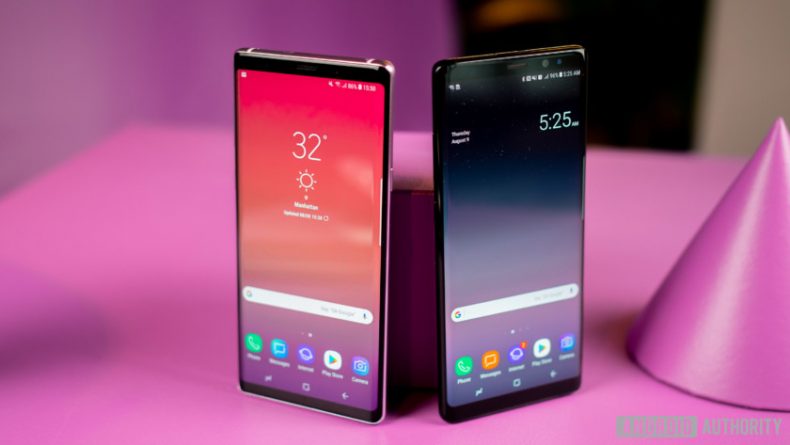 An online magazine recently conducted a survey which reveals that smartphone users are more excited about the upcoming line up of iPhone due arrive next month than the newly launched Samsung Galaxy Note 9.

The survey was conducted at PCMag, in which, almost 2000 people participated. The survey revealed that users are most excited about the upcoming Apple iPhones — we are not even sure of the naming scheme and the number of iPhones to be launched this year yet — then the Samsung’s flagship Note 9. 42% of the participants showed interest in the upcoming iPhones whereas 24% were excited about the newly launched Galaxy Note 9. 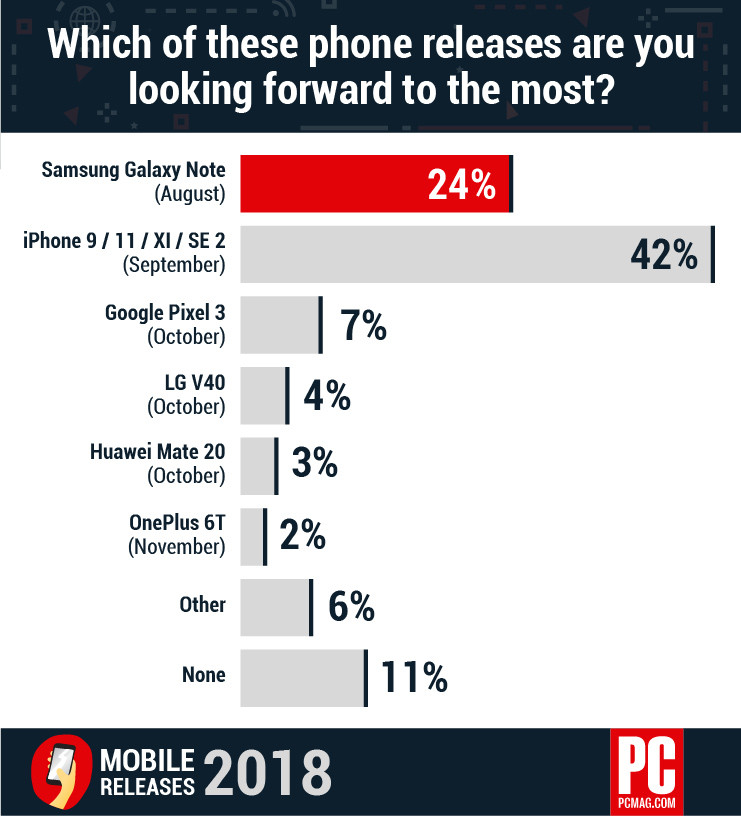 The good news for Samsung is that 76% of previous Samsung owners continued to show interest in the Note series. This is a very good retention rate. Apparently, Samsung owners are happy with their Samsung phones experience and would like to continue using them.

Samsung Galaxy Note 9 was revealed last week at a dedicated event in the US. The phone looks quite similar to its predecessor Note 8 but has packed some incremental changes. The Note 9 boasts a 4000 mAh battery and the S-Pen comes in a noticeable yellow color. The Bluetooth enabled S-Pen also hosts a button that can be used for performing certain functions on the device.