QMobile is introducing a 4G capable feature phone for less than Rs. 4000

QMobile has long been a pocket friendly staple of Pakistan’s mobile phone landscape. The company is known for offering advanced phone technology at an affordable price range and making that technology accessible for the masses. Now, the company is planning on launching a feature phone capable of 4G internet speeds at a price of less than Rs. 4000. 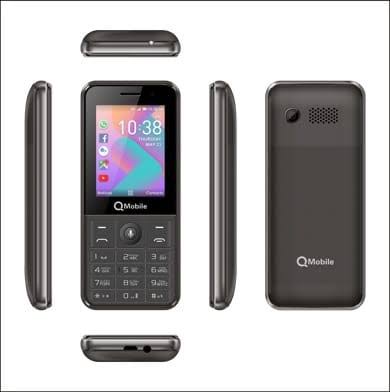 The phone is called the QMobile 4G Plus and has a very normal form factor common in most feature phones on the market right now. What’s not so common is its ability to use 4G technology and offer blazing fast internet speeds to the person using it. At a price of under Rs. 4000, that persn can be practically anyone in Pakistan. This will help more people take advantage of the 4G infrastructure already in use by Pakistani telecom companies, instead of being limited to 3G or even 2G speeds.

The phone will come with apps like Facebook, Twitter, YouTube and Google Maps preinstalled, to help the user make full use of the phone’s features. It runs an operating system known as Kai OS, that lets it run these apps. Furthermore, apps like EasyPaisa and the like could be coming to KaiOS in the near future. Although entry level Android smartphones with 4G capability are available on the market, their lackluster specs and slow performance keep customers from buying them. That’s not the case with the 4G Plus, due to KaiOS being extremely light and speedy, making it a more attractive alternative.