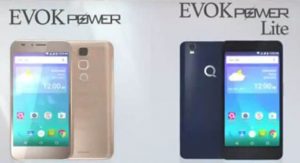 Evok Power flagship comes with a 5.5 Inches HD display screen with a fingerprint sensor on its back. It runs on Android OS v7.0 (Nougat) and is powered by MediaTek MT6580. The phone features a microSD card slot with dual SIM option. QMobile’s upcoming flagship will house an 8 MP rear and 5 MP frontal shooter.

Here is the full specifications list of Evok Power:

The phone is priced at Rs. 12,500 respectively. You can also check daily updated qmobile prices in Pakistan at TechJuice.