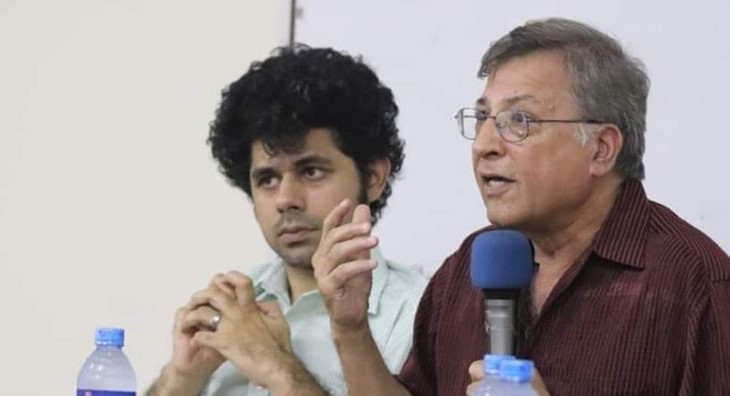 Two renowned University professors, Dr Ammar Ali Jan (sat left in the above picture) and Dr Pervez Hoodbhoy (sat right in the above picture) have both been fired from the Forman Christian College, Lahore. Both of them started the year as Assistant Professors and have since been laid off from their jobs. Ammar Jan also claims that he was forced to resign following a decision to either suppress his voice and, “quit all public activities,” or leave the establishment.

Dr Jan explained, in a detailed Facebook post, how he returned to Pakistan in 2016, taught at Government College University and then Punjab University. Both these universities refused to renew his contract because of security reasons; the former even deemed Dr Jan as a threat to “national security.”

He then joined Forman Christian College. This year, however, after being accused of being an instigator and being charged for sedition, the case for which is still pending, he was asked to either stay away from all public activities and, “stay silent on the case,” or leave. He “chose the latter option.”

Similarly, Nuclear Physicist Professor Pervez Hoodbhoy was also let go of from the same university, with reason given being “over-staffing.” Hoodbhoy told Naya Daur that he, “will teach a semester at the college before tendering his resignation. His contract for the ongoing month was not renewed and the administration told him that they have to let him go.”

Professor Hoodbhoy, according to Naya Daur, “has always been a critic of government policies and is well-liked and respected in liberal circles.”

After Dr Jan tweeted about the issue at hand, renowned author of the famous book, A Case of Exploding Mangoes, Mohammed Hanif spoke up and said that he had also been fired from Habib University because of similar reasons.

With these professors seemingly being fired because they chose to stand up for what they think is right and voice their opinions, people have taken to the internet and social media sites like Twitter to show their support for the cause. Yousuf Nazar, the author of ‘Balkanisation and Political Economy of Pakistan’ and a leading economic commentator of Pakistan has also tweeted about this issue:

We are a sad and unfortunate country where bright and learned people like @ammaralijan and @mohammedhanif can’t teach at universities because the security state hates dissent and independent thinking and universities’ administrators are spineless https://t.co/TmvLuiEZb8

Dr Jan, in another Facebook post, said, “We know that holding onto the dreams deemed impossible is the only way to keep the desire for freedom alive in the midst of pervasive decay. We must never let go of this most essential of our weapons.” 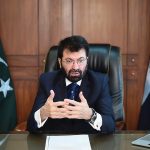