Report a security bug and get a hefty reward from Google

Privacy, security, and the entire issue of being watched are hot topics these days. No technology is ever perfect and will always be vulnerable such as the recent SMS bug that forced iOS devices to shut down. Google is now hunting for bugs and vulnerabilities in its Android OS with the help of users who can report the security issues in return for a hefty reward.

Google has launched a new initiative called “Android Security Rewards”. The reward will be decided on the severity of bugs reported that is to say if users find a small bug, then the minimal payout can be as minor as $500. However, severe cases can go as high as $2,000 and if you help fix the bug, the reward can be in the 5 digit figures. Google has long since been operating Patch Rewards (For Applications) & Chrome Rewards (For Google Chrome). Such initiative can help catch security issues faster considering Android applications are more than 60% vulnerable to hackers.

If you wish to participate, you can go here and get further instructions. Did you find a security issue in Android OS? Let us know in the comment section below. 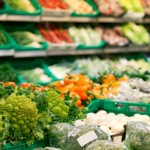