TechJuice > Mobile > Samsung is finally adopting the ‘Notch’, but not the kind that you think

Samsung is finally adopting the ‘Notch’, but not the kind that you think 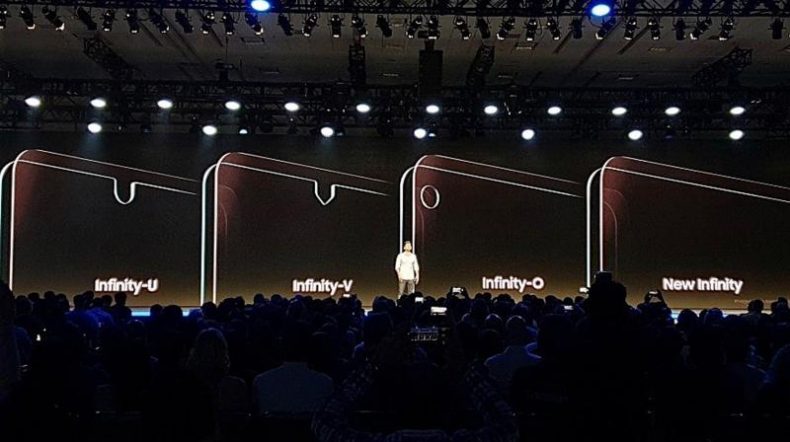 Ever since Essential phone first launched its bezel-less notch phone, every single smartphone manufacturer has adopted this design except Samsung. The South-Korean tech-giant has been adamant on not choosing the notch design and instead opted for a clean looking, uniform design for its smartphones. However, recently Samsung at its Developer’s Conference revealed future designs for its upcoming devices. Basically, Samsung will be adopting more than one, notch design.

Infinity-U: This design will take the shape of an oval-shaped cut-out split into half. This concept isn’t entirely since it was already adopted by Essential with its PH-1 smartphone.

Infinity-V: This design has a cutout shaped like an alphabet ‘V’, similar to but not exactly like the OnePlus 6T. This notch supports sharper edges and will also be placed in center position at the top of the display — similar to the Infinity-U.

Infinity-O: This is a full circular notch which is more like a hole drilled in the display. This design is the most awkward one where the notch is placed at the top-left corner of the screen and will be similar to what Asus is experimenting with the Zenfone 6.

New Infinity: Not much was discussed about this special design, however, the only thing that was revealed was a render which simulated an all screen display. Furthermore, Samsung did not reveal any detail on how the company would achieve this display.

To get things into perspective, Samsung is the only smartphone manufacturer to not jump on the notch bandwagon. But this hasn’t stopped the company from ensuring that they work towards an all-screen display. The new designs are brilliant in some ways but come with their flaws, such as the possible abandonment of the iris scanner and non-uniform design language that Samsung has been against up till now. Presently, Samsung is still following the uniform design approach by retaining the forehead and the chin on its handsets, but the recent announcement by the company indicates that this design might become an archive come 2019.