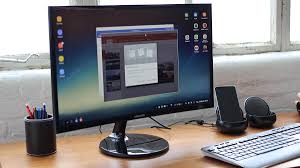 In an email sent to testers of it’s Linux on DeX beta program, Samsung has revealed that it will no longer offer its support to the program from Android 10 onwards. This means that the company will no longer allocate any resources to updating the Linux on DeX app or the version of Ubuntu it uses. Therefore, people who want to use their Samsung Galaxy phones as a desktop as well as a phone are stuck with only the Android interface with Android 10. Samsung has warned users that once they upgrade to Android 10, they will not be able to backtrack and will lose their ability to use Linux on DeX permanently.

As you may remember, Samsung first came out with the DeX app with the Samsung Galaxy S8 and S8+ smartphones. It has been included in every Galaxy phone since. DeX is an app that lets users turn a Samsung Galaxy device into a desktop of sorts by connecting it to a monitor. DeX offers full desktop functionality and the ability to connect peripherals and a keyboard, so essentially your phone could be your desktop. Previously, Samsung was supporting a beta program which ran a version of Ubuntu, a Linux distribution, on the DeX app, but now it is discontinuing its support. The company hasn’t offered an explanation as to why they are backing away from the program.

Samsung is still serious about DeX and has introduced integration with other operating system systems like Windows and macOS. However, a portable version of Linux on you Galaxy doesn’t seem like a possibility anymore. 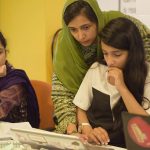