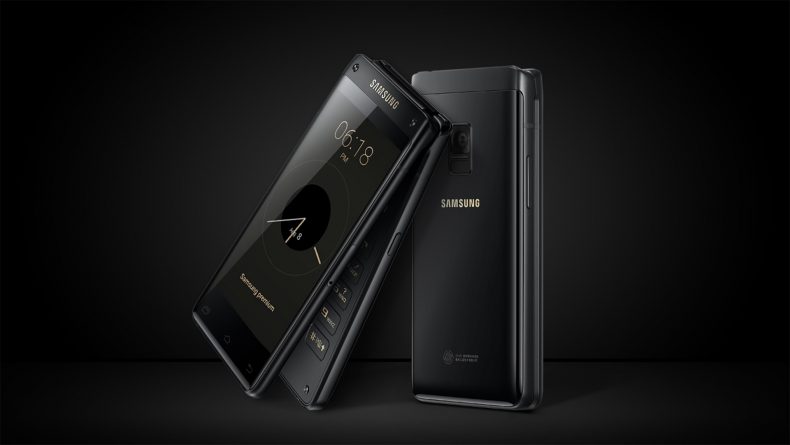 Samsung has already been rumored to introduce foldable phones in 2018 and now a new leak suggests that it is working on an Android-powered flip phone called the SM-W2018, which presumably will be launched in the beginning of the next year.

A Chinese tech geek has posted few pictures of the rumored SM-W2018 on Twitter. The W2018 is supposed to be Samsung’s follow up to this year’s W2017 flip phone, with high-performing specs like 6GB of RAM and a Snapdragon 835 chip. W2018 may also support Iris scanner, which unlocks the phone by scanning users eyes also introduced in Galaxy S8.

Samsung and LG have continued making limited quantities of Android flip phones for selected Asian markets. Still, both manufacturers are thinking about a change at least in theory. Phone makers have begun experimenting with flexible display and designs that could fold and bend.

If the image posted by leakster appears to be real, you’ll most likely be amazed by this innovation. Samsung’s W flip phones are mostly limited to China. According to rumors, the price of the phone will be around $2,000, if the phone comes with same specs mentioned earlier.

Recently Huawei is also rumored to be launching its foldable phone series at the very beginning of the next year. ZTE is also launching Axon M, which has two interactive screens and opens like a book (or a tablet), by the end of this year.

At first, Samsung might launch the phone in the Chinese market. However, it is not yet revealed when the phone will be available for global market. So whether it’s flip phones or folding phones, we’re excited to see phone makers try something different. 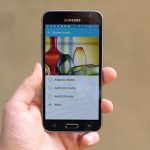