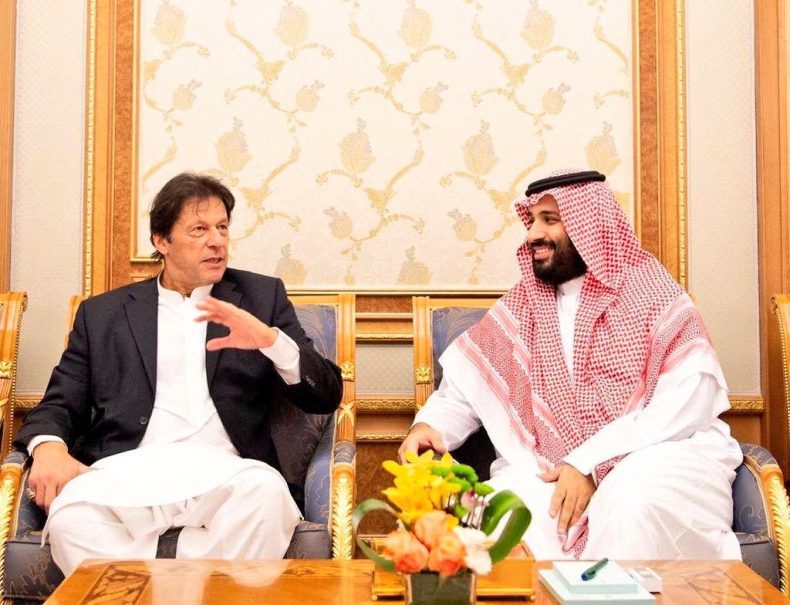 The minister of Foreign affairs, Shah Mahmood Qureshi on Wednesday announced that a total of eight memorandums of understanding (MoUs) have been signed between the two countries.

These investments will be related to different sectors including investment in finance, power, renewable energy, internal security, media, and others. These investments hold immense potential since there is a possibility of special economic zones being set up by the government which will allow middle eastern countries (Saudi Arabia and the United Arab Emirates) to invest in the China-Pakistan economic corridor.

A high-powered Saudi delegation is expected to accompany the crown prince, Mohammad Bin Salman to discuss future trade agreements between the two countries. The Saudi delegation includes key ministers from the country and over 20 businessmen from leading companies. As per the briefing by the Foreign affairs minister, Saudi Arabia has recently transferred three billion dollars in the state bank of Pakistan under the balance of payment and further promised for deferred oil payments.

Adviser to Prime Minister on Commerce, Textile, Industries, and Production and Investment Abdul Razak Dawood who was also present at the media briefing said that Saudi Arabia had plans to invest $7 billion in Pakistan’s power sector. The country has also shown interest in investing $2 billion in the renewable energy and solar sector. It should be noted that exploring Pakistan’s oil refinery sector is one of the main objectives of the Saudi delegation, however, the feasibility study by experts on the petrochemical complex and hydro-cracking could take up to 12-15 months.

This bilateral agreement between the two countries will also mark the biggest investment by Saudi Arabia in Pakistan in the form of an oil refinery in Gwadar. According to Dawood, Riyadh is looking to invest another $2 billion in Pakistan’s food and agriculture sector. These investments signify that Saudi Arabia is planning a long-term investment in Pakistan.

Interestingly, the current Saudi government is planning to develop two new cities in the kingdom, which will subsequently require a huge amount of labor workforce which Pakistan can easily provide.