SpaceX has said that it is going to fly two people around the moon for the sake of space tourism before the end of the next year.

During a telephonic news conference, the CEO and Founder of the company Elon Musk, announced that the proceeding to make the said trip feasible is already in the process. He said that the tourists were pretty serious about the trip and have already paid significant money for the trip.

Elon Musk said that two thrill-seekers who knew each other approached SpaceX and asked them for an excursion around the moon.

The said thrill-seekers will be undergoing different fitness tests and will begin the trip-specific training later this year. The mission that is going to be launched in the later part of the year 2018, will not land on the moon but will fly right past it.

The company said that this mission presented an opportunity for humans to return to deep space for the first time in 45 years. It further said that the tourists will travel faster and farther into the solar system than any before them.

The weeklong mission will cover a distance of 300,000 to 400,000 miles. The automated spaceship will continue its outward excursion before gravity will finally turn it around and bring it back to earth.

Elon Musk didn’t declare the identity of the said tourists neither did he point what money they were paying in. He, however, confirmed that they were not from Hollywood. 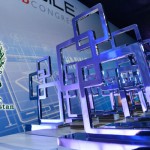