Swinging Stupendo; What You Get When You Cross Spider Man and Flappy Bird

2014 will a year that will be fondly remembered in mobile gaming because of “Flappy Bird”, made by Dong Nguyen. A game that soon went on to have 1000’s of variants including “Oye Flappy”, a desi version of the popular game.

Swinging Stupendo is not just another Flappy Bird clone. It’s a beautiful game with amazing graphics and one that requires more planning than what you are used to in the 2014 smash hit. If you thoroughly enjoyed Flappy Bird and want something to fill the void left by it, give this game a go and see if it matches up to your expectations.

While the objective of the game is to avoid obstacles that are reminiscent of Flappy Bird, what makes this game unique is how instead of tapping at the screen to keep Stupendo in flight, you have to use “Spider Web” style of swinging to avoid the electric traps. Sound easy? it’s not. Every aspect of Stupendo is simply Splendid! This is most evident in the screenshots that await you below.

The game has two modes; Random mode, as the name suggests, will throw a random set of electric traps your way so you won’t know what to expect. Daily challenge is not what you are used to on typical smartphone games. These are levels that stay uniform for the day, this allows for a proper way to assess someone’s standing on the daily leaderboard since you are all on the same level.

This is definitely a game that deserves high acclaim. Unlike most other Flappy Bird clones this is a game that has genuinely had some sincere effort poured into it from the developers. You can download the game for free on the iOS and Android by going to the relevant links below.

You can download the game by going to the following Links: Google PlayStore & Apple App Store

For those of you who have seen my best, I would love to see someone beat it! Do leave your score in the comments and let me see if I can be outdone. 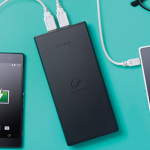 Power Banks – What you need to know?!