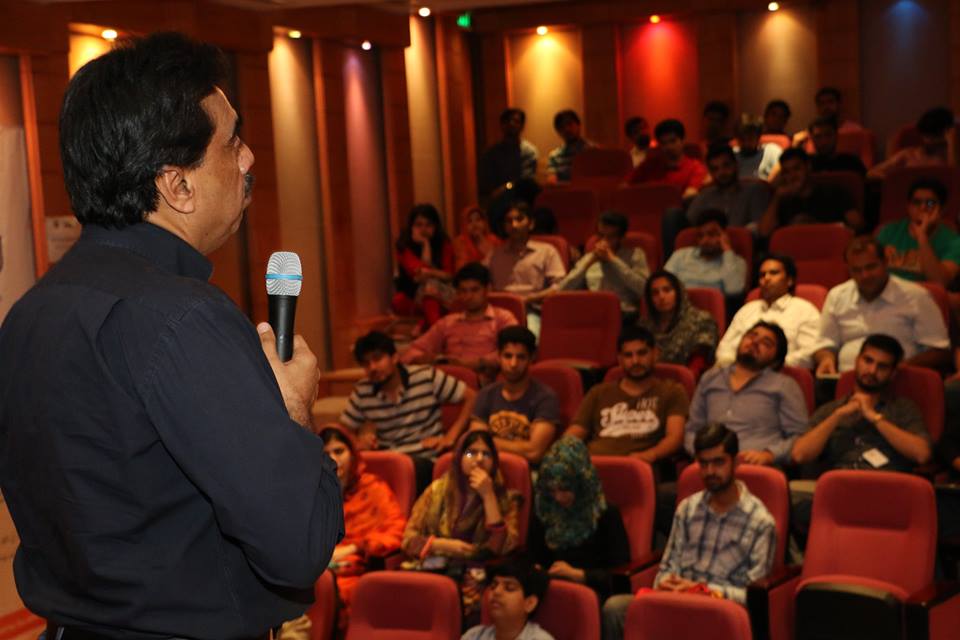 TechHub recently rebranded itself as TechHub Connect. One of the newer objectives of the new brand would be to increase interactions between the IT industry and potential entrants into the IT industry in the form of Startup’s, entrepreneurs, and similar people.

TechHub launched the pilot of this initiative under the name of “Celebrating Our IT Heroes”. A series of events wherein a prominent member of the Pakistani IT Industry would be invited to mingle and interact with the residents of TechHub. A whole week is dedicated for this and the first guest of honor for this event was none other than the highly talented, Mr.Salim Ghauri, founder and CEO of Netsol Technologies.

Netsol technologies need no introduction, Being one of Pakistan’s more reputed software houses which recently made a name for itself abroad. Having over 200 partners and serving clients globally, the company is nothing short of spectacular. The CEO of the company graced TechHub with his presence in order to help encourage the growth of people who are residing in the co-working space for freelancers.

The event kicked off with a talk from Salim Ghauri on July 6th. He talked about his journey as an entrepreneur in detail with the attendance exceeding over a 100 participants. Along with his story, Mr. Ghauri imparted valuable life lessons onto the attendees, with the paramount lesson on fulfilling one’s education and using it to get the best of their skills.

The second lesson that he passed on to the youth is a popular dogma that says “If you do what you love, you’ll never work a day in your life”. This came to Mr. Ghauri when he fulfilled his bachelors degree in Petroleum and Gas Engineering. When he found a job in the field, he found it to be something that didn’t suit him and landed a job with the IT department in Citibank. It was at Citibank that he found his calling and pointed him in the right direction.

The third lesson is how an individual’s determination is a major key player to success. He left a cushy life overseas to begin a venture in Pakistan. He felt odd being away from home and wanted to give back to the country that had given him so much. Coming to Pakistan meant he didn’t have the finance to start a business, for this, he had to strive tremendously.

It was sheer luck that Mr. Ghauri found his first investor among family. What started as a one-room office shared by 3 people eventually exploded into what Netsol is currently with 1600+ employees spanning UK, USA, China, Australia, Thailand, Indonesia, and Germany. His company reached this level due to his diligence and determination fueling his drive for excellence.

Lastly, Mr. Ghauri emphasized how the youth is the future of the country, encouraging all the young faces present to start brainstorming ways on improving their country in the immediate future.

The memorable talk was followed by a meeting between the CEO of Netsol and the Joint Director of Entrepreneurship and Enterprise at PITB, Mr. Nabeel Akmal Qadeer and the Chairman of PITB, Mr. Umar Saif. The agenda of the meeting was to discuss the Entrepreneurial Ecosystem existing in Pakistan and how to improve the IT industry of Pakistan.

Read more: Why TechHub as a co-working space for startups and freelancers will make more sense

On the 8th of July was Netsol- Strategy and Product awareness day. The Chief Strategy officer, Mr. Umar Zafar and Chief Product officer, Mr.Osman Chaudhry of Netsol came to TechHub and shared valuable guidance and wisdom among the young audience of entrepreneurs and professionals present. The session continued with Mr. Umar Zafar speaking about how Netsol became a global industry leader while Mr. Osman Chaudhry talked about the product lines of Netsol which helped make it unique.

On the 9th of July, the week came to a close with a visit to Netsol’s HQ with the audience consisting Plan9’s Whiz Kids Summer Camp program, Where students and interns were currently working. The reason for this trip was to impact the youth as early as their teens. TechHub felt that the trip would help give students a better idea about the scope and reach of the IT industry and all it has to offer in hopes to encourage more innovators within Pakistan.

The audience that visited Netsol HQ consisted of O /A Level students in the field of ICT, this is the best time to help give them an idea on the reach of their field so that they can better plan for their academic futures. A tour of the offices and a history of the company was shared with the youths to help give them a better idea of the work environment in the field.

Overall, TechHub should be commended for having such an astounding event in an effort to help encourage the growth of the IT industry by having a good interaction between students, professionals and entrepreneurs. The IT sector has seen a significant boom in the recent years and TechHub certainly chose to utilize their strength very wisely. Having a flagship event with the presence of Netsol should certainly give people in the field more confidence about the future of IT in Pakistan. 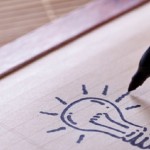