6 Inspiring Lessons I Learned from TEDxKarachi 2014 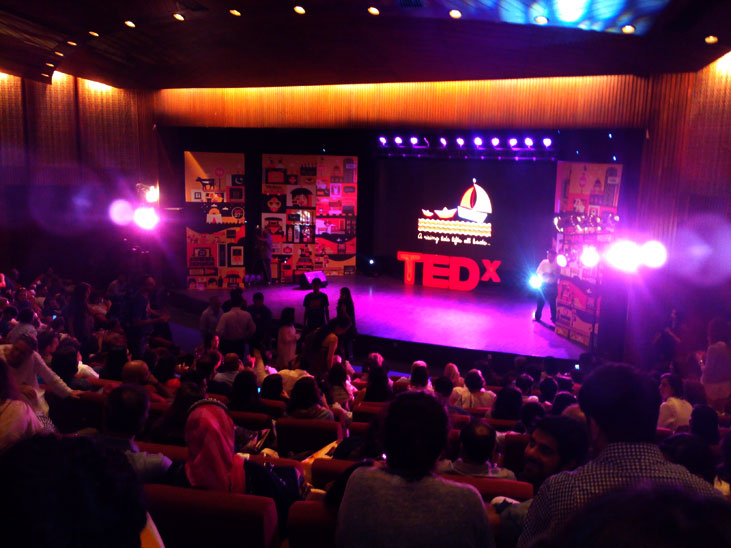 The story originally appeared at SalmaJafri.com by Salma Jafri.

The theme of this year’s TedxKarachi – held at the Karachi Arts Council on September 27th 2014 – was “rise above”. It invoked Allama Iqbal’s couplet “khudi ko kar buland” to give the theme some direction and purpose. It also tied in the concept of one person rising above to elevate all of society with the quote “a rising tide lifts all boats”.

11 speakers had 18 mins each to deliver their version of what “rising above” meant to them. And while not all speakers stayed within this limit or told compelling stories, many did and received inspired standing ovations from the crowd of some 400 people in attendance.

TED talks for me are always about the core content and the speaker’s ability to convey their ideas in a way that inspires others. Here are my 6 most inspiring moments and takeaways of TEDxKarachi 2014:

When Rabia Rizvi talked about her new normal – a beautiful baby girl born with congenital defects – her new normal became her strength. It was through redefining what a normal child is that she was able to “rise above” society’s pressures and taboos to become a source of strength for her daughter.

What’s unique and different about your life is what’s normal for you. Embrace it.

2. When you Have Nothing to Lose, You Can Fly

Fear holds us back from doing just about everything in life. Fear of rejection when asking for a raise. Fear of failure when starting a new venture. Fear of what people will say when doing something different. But what would happen if we could pretend – just for a little while – to replace fear with reckless abandonment?

That’s exactly what photographer and visual artist Mobeen Ansari was able to do. Crippled with meningitis when he was a baby, Mobeen lost his sense of hearing and his sense of balance. As a result of having little fear of being any further rejected by society, Mobeen was able to indulge in his passion for risque travel. He travelled up and down Pakistan collecting stories and taking breathtaking photographs of its colorful citizens. Because no one expected him to be a functioning member of society, he was able to escape the trappings of normalcy and do what his heart led him to and what he was ultimately good at.

Go ahead. Still your fears long enough to take a step in the direction you long for. It’ll be worth it.

3. Storytelling is a Skill Everyone Should Learn

An old American Indian proverb says: “Those who tell the stories rule the world.” This is true because sometimes reality is so complex, a good story defines it and gives it meaning and context. People can relate to a story. No one likes being sold to or lectured at, but everyone loves a good story. So if you want to get anyone’s attention – whether for business or personal – learn how to tell a story.

Mariam Paracha of SpokenStage encourages students to communicate their desires and wishes by writing about them. She herself tells stories via poetry and who was it that said poets are the new engineers of our society? Its true. Mariam said that “writing is a lens to see the brighter side of life”. Through writing your story – even for yourself – you can conquer your inner demons and work through the raging conflict in your mind.

Start today. Start writing. Empty your thoughts. Get clarity. The art of self-expression will be a survival skill in the future, if it’s not already.

Everyone knows how hard it is to confide your innermost thoughts to people near to you but how much easier it is to do it with complete strangers, especially in a confidential setting. The problem is that most people, especially in Pakistan, view counselling as a sign of weakness. But there’s no greater sign of strength than tuning into your consciousness and learning the messages of your brain.

Speaking on mental health, Ahsan Jamil of the Aman Foundation, said that his 10 years of seeking regular counselling has helped him to stay in balance and keep his mind focused on the work he needs to do. He said that “By 2030, depression is going to be the biggest disease in the world”. Therapy can take many forms too – music therapy, meditative therapy and so on.

Your head is a jungle, seriously. It can play tricks on you and make you completely insane. Best to let someone else in there to help you make sense of it all. As Rue Lala said “There’s no shame in emotional shopping!”

5. When you Take a Stance be Prepared to Lose your Friends – and Gain New Ones

No one who challenges the status quo expects that things will be easy. But we do expect that at least some of our friends and most of our family will stick by us and support us. Unfortunately or fortunately, many of us finally find out who our real friends are when we take that stand.

When Jamil Yusuf headed CPLC (Citizens Police Liaison Committee) and attempted to bring Pakistan’s corrupt power elite to justice, he was faced with the obvious struggle of changing the way things were done – which included bribes, back-door deals and secrecy. Exposing these meant his current friends forsake him and he ended up making even more enemies. But he found respect from a whole different strata of people – people who were the benefactors of his efforts.

When you are going to take on a behemoth, just remember what Steve Jobs said: “the people who are crazy enough to think they can change the world, are the ones who do.” And they don’t mind losing their existing “friends” in the process.

6. The Younger Generation Gets It!

While there were many shining examples of do-ers and achievers from Pakistan’s older generation, I have to say I’m most impressed with the performances of the younger generation.

People like Mobeen Ansari, Mariam Paracha, Rabia Rizvi and Daniyal Noorani were the shining stars of this year’s TEDxKarachi. They understood that TED is primarily a story-telling platform, and the person with the most relatable story wins. They also stayed within the time limit and didn’t have egos bigger than the platform. And finally, they came prepared and had practiced their speeches, which I’m sad cannot be said about the majority of the “older” speakers.

If I had to summarize the event in one sentence, it would be: The younger speakers were the stars of the show at TEDxKarachi 2014. 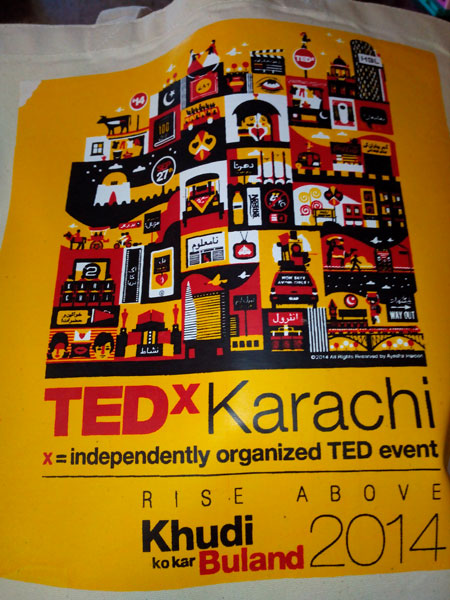 As I review the most inspired moments, I feel a theme developing. All of the most meaningful talks for me centered around self-actualization – the ability to look inward, to introspect and then to express yourself coherently and be understood. It’s a hugely valuable skill and a life-changing and world-altering one. Henry David Thoreau said “Most men lead lives of quiet desperation and go to the grave with the song still in them.”  Don’t let that be you. Think about what legacy you want to leave when you leave this world. And start today to build it. And let the world know.

I love the simplicity with which Madonna (yes, really!) said:

“No matter who you are, no matter what you did, no matter where you’ve come from, you can always change, become a better version of yourself.”

Notes: If you missed the livestream, you can watch videos of the event here. Special thanks to Sabeen F. Haque for inviting me to TEDxKarachi I missed the last 2 performances – Tina Sani and the tabla performance so cannot comment on them Photo Credits: All images my own taken from a phone camera, so please excuse that.

Salma is the host of Content Marketing Tips – a video blog for entrepreneurs that provides small, insightful, and immensely actionable content marketing tips to organically grow your business. She is also the Team Lead for Google Business Groups (GBG) Women Karachi and runs workshops for freelance-entrepreneurs. 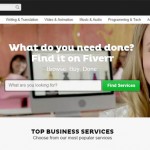 Hiring Freelance Design Help for Your Startup: Some Advice