Tesla unveils new Model S with a new interior design, half a steering wheel, and a complete gaming experience 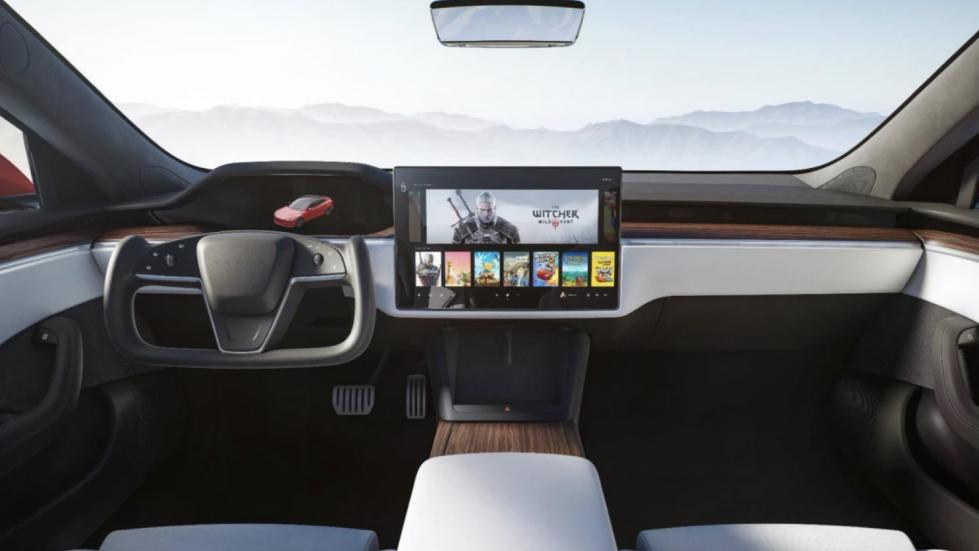 Tesla has unveiled a refresh of its super successful Model S saloon. The refresh has been highly anticipated by Tesla enthusiasts and is the first major redesign of the company’s flagship car since it first launched in 2012. The new Model S features a brand-new interior, an updated powertrain, and most surprisingly, a new steering wheel design right out of a science fiction movie.

The biggest changes to the car can be seen on the inside in what Tesla describes as an “entirely new interior”. Firstly, the signature huge touchscreen in the middle of the dashboard has been rotated 90 degrees from a portrait to a landscape orientation like the Model 3 and Model Y. Its size has also increased to 17 inches. The dashboard design has completely changed, taking a more minimal approach with a thin strip of wood running on top and continuing onto the door panels. The driver’s gauge cluster is the same 12.3 inch screen as before, but it’s housing has been made simpler. 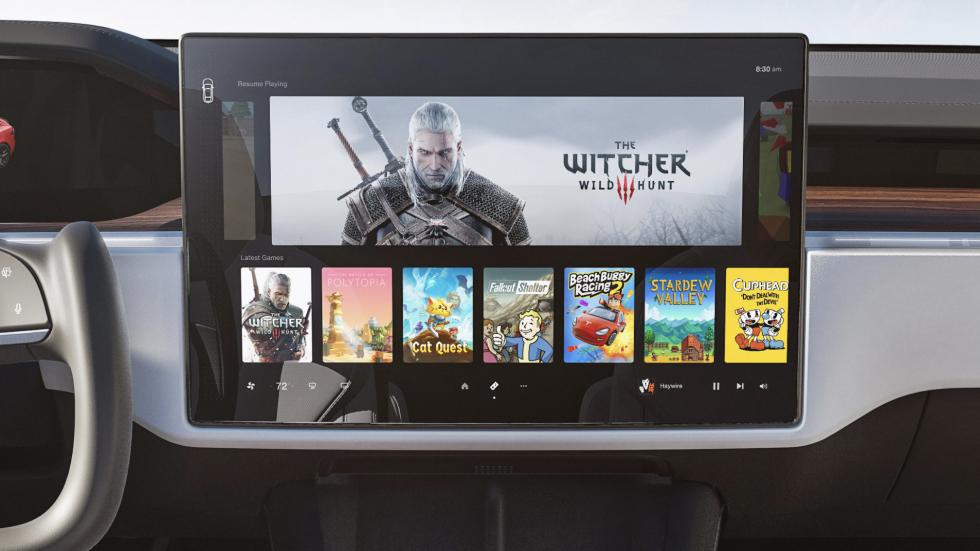 There’s also a new 8 inch screen in the rear, behind the newly design center console and arm rests. The new Model S also gains a significant amount of processing power, with a total of 10 teraflops on hand. That’s enough power to play top label games like Witcher 3, as seen on the Model S’s marketing shots. What’s more, the new Model S offers compatibility for wireless controllers for a complete gaming experience right inside the car. The center console also gains a wireless charging pad right below the main screen, capable of charging two phones at a time.

Perhaps the biggest change of all is the new “yoke” steering wheel which gets rid of the upper loop to provide a better view of the instrument cluster. The bottom part of the ‘wheel’, if it can even be called that anymore, is square. Tesla also deleted the indicator stalks and gear selector, with Elon Musk tweeting, “No more stalks. Car guesses drive direction based on what obstacles it sees, context & nav map. You can override on touchscreen.”

According to Tesla, the Model X SUV will be also be receiving the same interior upgrades as the Model S.

Coming to the outside, the car remains mostly the same. There’s a new front bumper design a tweaked air intake. The exterior trim is now all black, instead of chrome, and there are updated wheel design choices available in the configurator. 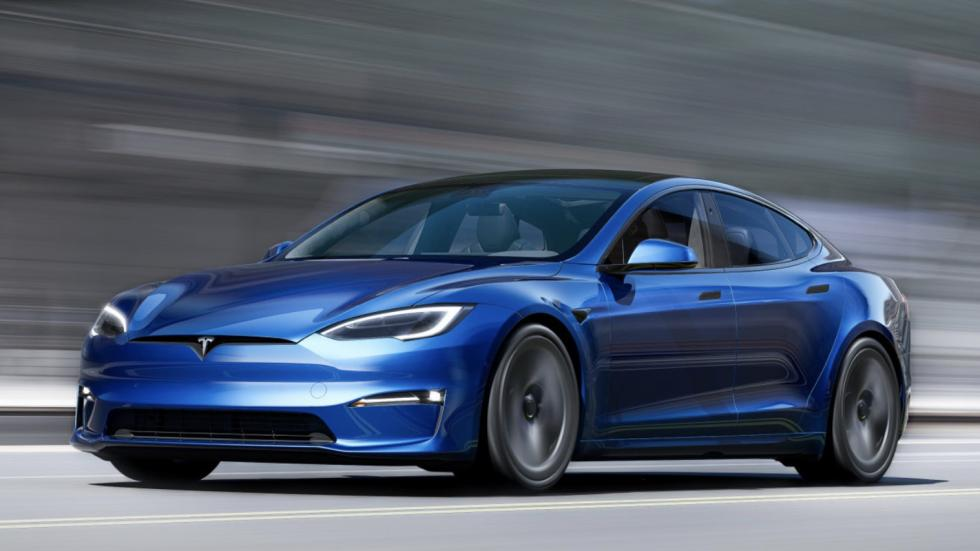 Tesla has also “fully redesigned” the battery modules and battery packs for both the Model S and Model X as part of the update, offering much better power and range. The powertrains for both cars are also new and incorporate the famous heat pump used on the Model 3 and Model Y. Overall, the most powerful Tesla in the range, the Plaid+, will offer 1100 hp from a tri motor, all-wheel drive setup, sending it hurtling from standstill to 60mph in under two seconds with a 200mph top speed. The maximum claimed range is 520+ miles, also on the Plaid+.

The refreshed Model S range starts off at $79,990 for the base Long Range model and continues to $139,000 for the range topping Plaid+ variant. It’s available to order now, with deliveries expected to begin in March.

Electric SUVs Will Become Common By The End Of 2023 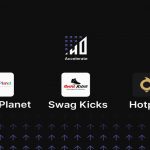