Tesla proved everyone wrong, including the CEO and engineer of Green Hills Software, Dan O’Dowd, by proving that the FSD of Tesla cars is actually “Amazing” and showing that it detects pedestrian children on the road. Despite the ads that are being run by O’Dowd, defaming the vehicle and showing how it mercilessly runs over your kids, Tesla has successfully proved him wrong.

For the last couple of months, Dan O’Dowd who is the CEO of a rival software company was seen in TV commercials, inspiring people and congress to take steps to ban Tesla’s FSD if they want to save their kids. This created a sheer amount of anger amongst the people against Elon Musk and Tesla as they felt misinformed. But Tesla or Musk didn’t immediately respond to Dan with mere words or promises, this time Tesla has proof to back their claims.

Whole Mars Catalog, a YouTuber, tweeted that he wanted someone in the Bay Area to allow their kids for the testing and live proof of FSD. This encouraged more rage in people, but there was one guy who used Tesla and FSD on regular basis and agreed to do so. Before placing the kids on road, mannequins were placed to check if the software was running fine. The car stopped and went around the mannequins if it had the chance.

No kid or mannequin was hit like the Dawn Project ads showed in the TV commercial and the software was even more cautious than normal people. The video was uploaded on a YouTube channel, Whole Mars Catalog which consistently posts reviews and thoughts on Tesla and Elon Musk.

The YouTuber said;
“Our tests showed that Tesla Full Self-Driving Beta has no problem detecting pedestrians of all ages. As long as the driver is paying attention, which the system ensures, there is no risk to pedestrians even in the event that the software fails to detect them.”

He also mentioned that the whole Green Hills Software drama was fabricated to get the financial benefits and to defame the more advanced rivals. As Green Hills Software also makes self-driving software, it’s not very hard to believe that they did all that for self-benefit.

“This is driver assistance and is not expected to be perfect. It sickens me that Dan O’Dowd would push harmful misinformation to benefit himself financially. He should be charged criminally for false advertising, along with any stations that ran his ads. I don’t have millions to spend on ads like Dan, so please share the video on social media so that everyone who saw Dan’s ad can see our test too.” He further added.

He also explained how Dan was successful in making Tesla hit the kid mannequins in the shots of the ads. He said that the car was obviously detecting the mannequin as a person as it was on the screen, and also the speed was reduced from 40mph to 19mph in the footage shown. So as soon as the car was about to stop, the footage was cut to the camera outside the car and it was probably some other shot. The reason the car didn’t try to go around the pedestrian, is that they placed the traffic cones on the sides, the FSD software is bound to never go around across the cones as the car should never go off-road in order to cut someone. 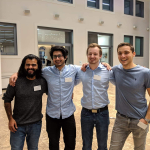