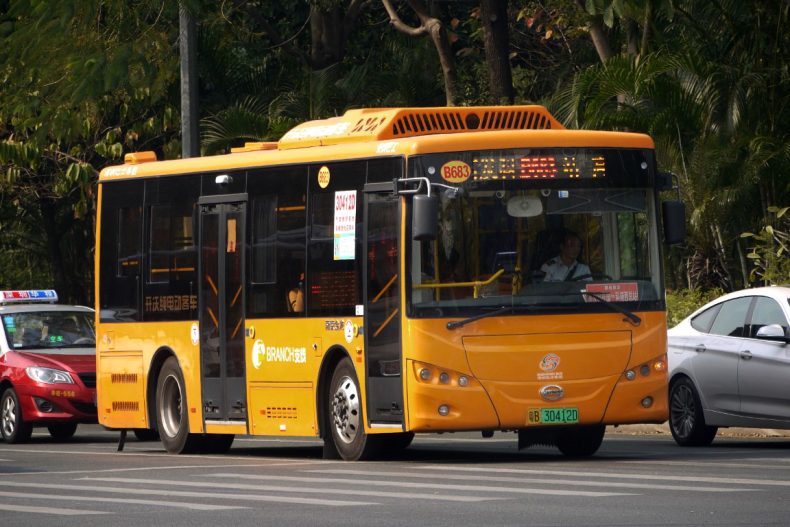 The Federal Minister for Science and Technology Fawad Chaudhry announced today that battery-powered electric buses would soon be introduced in Pakistan. The news was shared via Twitter, according to Federal minister, the strategic alliance agreement will be signed between Daewoo Pakistan Express Bus Services Limited and Skywell Automobile on Wednesday to set up the electric vehicle value chain in Pakistan.

The tweet by Fawad read: “Another big step towards fulfilling the promise. The strategic alliance between Daewoo Pakistan and Sky Alliance company has been signed to bring the Electric Buses to Pakistan today. from this year, electric buses will start running in Pakistan, and in three years, full manufacturing of these buses will start in Pakistan.” 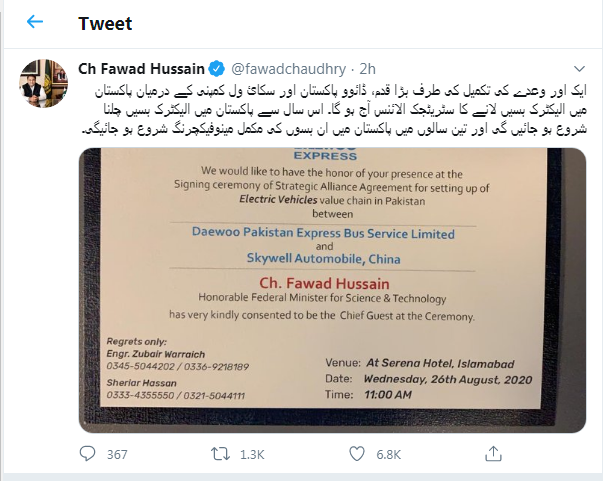 It is pertinent to mention here that vehicles in Pakistan will be shifted on electric power as the country has approved its first-ever electric vehicle policy in June.

The motorbikes and vehicles will be shifted on electric power, while electric vehicle manufacturing units should also be established in the country. The very first EV charging station had also been established at Jinnah avenue Islamabad last month.

Umar Ayub Khan Federal minister for power division inaugurated the EV charging station in July and announced that the government would be setting up 24 more electric vehicle charging stations across the country shortly.