Facebook is continuously testing with new features, trying to make the experience better for their over 1 billion users. Last year, they revealed plans for their artificially intelligent personal assistant, they introduced video profile pictures, Facebook Reactions, Mentions and Video Autoplay to name a few. We have recently found out that the social media giant is experimenting with a new in-app browser that will make sure you never leave Facebook.

Currently, when you open up articles they appear something like this: 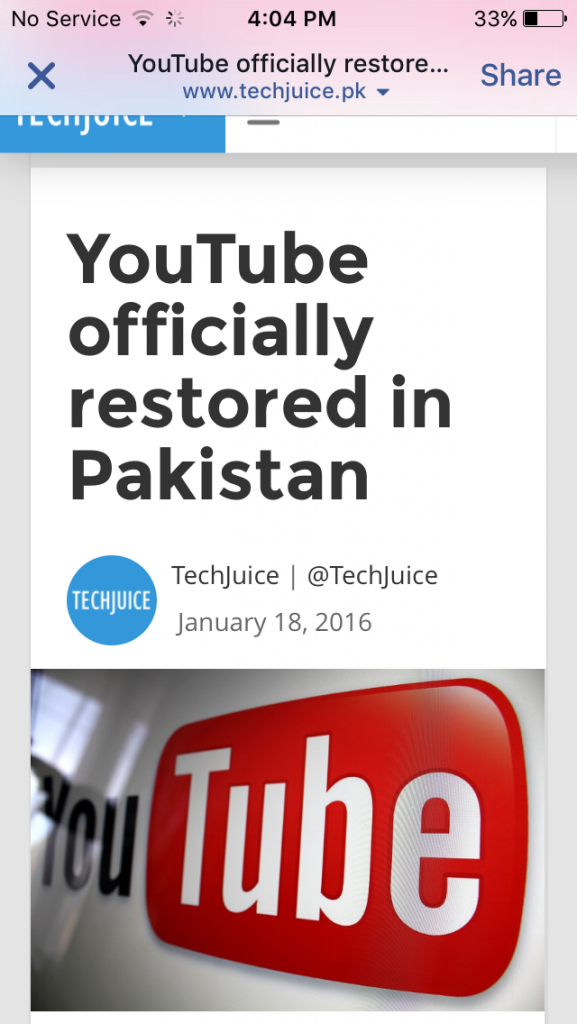 The new browser will be in-built and this is how it will reportedly look like:

@MattNavarra is this in-app browser new to the @facebook app? pic.twitter.com/aIhYSp2kC9

The company has been testing with this new feature for a few months now. Here’s what we know about Facebook’s new in-app browser:

This new venture quite a sensible move from the company for two reasons: (1) It’ll make Facebook an eco-system unto itself, making sure that the traffic they draw is contained for as long as possible. (2) It could also pave the way for a future dedicated Facebook browser.

The browser isn’t available to the public yet and is only being tested on small subsets of users, that too for iOS only.