This is how water droplets will help programmers 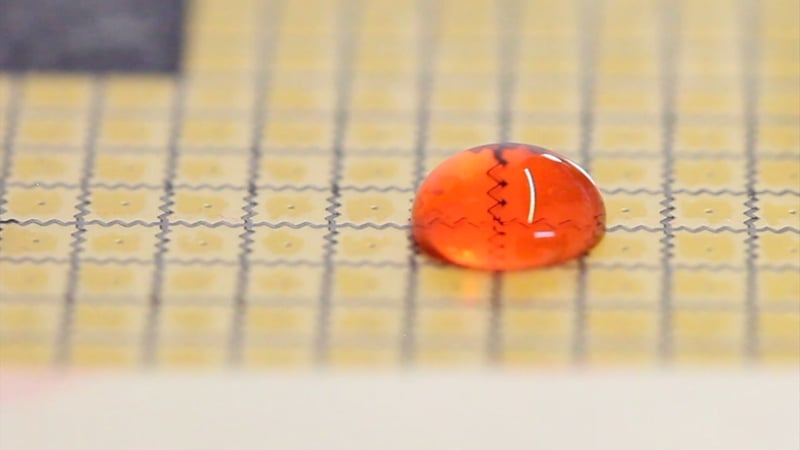 Researchers from MIT are developing a technology that transforms water droplets into programmable, interactive tools for better entertainment and communication.

The water droplets will be taken from the everyday environment for digital programming and then manipulated via a computer interface. The project is being led by researcher Udayan Umapathi and professor Hiroshi Ishii from the university’s Tangible Media Group.

This is made possible through a technique called electrowetting, which is used for manipulating dielectric materials like water with electric fields. Umapathi explained that he first worked out the physics for programming sand particles when he took Professor Neil Gernshenfeld’s class on the “Physics of Information Technology,” and that their discussions led to the idea that the derivations would apply to water as well.

They hope the new technology will demonstrate the potential for water as an interactive medium for creativity, art, entertainment, and communication, to better connect people to their physical environment.

“If you think about it, as we walk in rain, wash our hands or even work in laboratories, we are constantly interacting with water. So we started asking the question if this beautiful and inspiring material which is ever-present could give us a ‘calm’ computer interface. To show that this is possible, we have created the Programmable Droplets system for interaction.”

According to Umapathi, “this technique can be traced back to experiments from the 19th century. We are repurposing this classical physical mechanism of controlling water’s behavior.”

One of the potential use of programmable droplets is painting. The research team integrated the device into a physical color palette to automatically render and mix colors together. In this scenario, the droplets exist as a “pool”, already colored in cyan, magenta, and yellow (CMY). These colors can be automatically diluted with colorless droplets to create different gradients.

Another potential use, still currently a conceptual idea, would see the programmed droplets used as a communicative medium. Droplets would be digitally programmed to physically render messages written on smartphones on surfaces, like a steamed up mirror, by regulating the shape and motion of the droplets in the condensation. 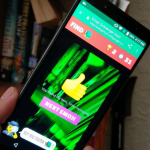