30 students hailing from ETH Zurich and Lucerne University of Applied Sciences and Arts have built the fastest accelerating electric car ever. The Academic Motorsports Club of Zurich (AMZ) published a video which shows the car reaching acceleration from 0-60 miles per hour in just 1.513 seconds. The video has been shot at the runway of Dubendorf Air Base in Switzerland.

This speed is half a second faster than Tesla and also beats Zombie 222 Electric Mustang. To achieve this acceleration, the car has been built out of carbon fiber, has a four-wheel drive and deploys an on-board computer that control the grip of each individual wheel.

The car has been built for Formula Student Competition commonly known as Formula SAE, where AMZ Club has secured the first position consecutively for three years. The competition was initiated in 1981, where students build innovative cars every year, defend their engineering and design approach and make investor pitchers before they bring the cars to track. Teams building the cars for this competition often aim at breaking world records.

The cars in Formula SAE never race wheel-to-wheel, for the teams build one prototype car and demolition is risky. Moreover, the students participating in the competition as drivers do not have formal racing training. However, when it comes to engineering the students are highly competent. 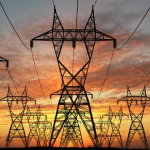