Over the years, influencers and influencer marketing have grown in numbers, with the industry now well worth over a whopping $16.4 billion. A large market share of this industry is dominated by Meta’s photo-sharing application ‘Instagram.’ The second place is captured by YouTube, which has an influencer marketing share half of Instagram’s.

The third place, however, has become highly competitive since Meta’s Facebook and Meta’s arch-rival ‘TikTok’ both are fighting for the spot. Experts indicate that by the end of this year TikTok will beat Facebook in terms of influencer marketing spending and will take third place.

Despite the constant competition, TikTok and Instagram are far away on this list. It will probably take years to see the apps competing for the top spot in the influencer marketing industry. Currently, influencer marketing spending on Instagram is $2.23 billion, YouTube is $948 million, Facebook is $739 million, and TikTok is $774 million.

While TikTok has barely just sat in the third position, the growth is massive. Experts indicate that continuing at this rate; the short-video-based app might overtake YouTube in influencer marketing spending by 2024. Now that’s quite a growth. But what is it that Instagram, specifically Meta, is doing to counter this?

Constant updates and tweaks indicate that Instagram is indeed preparing itself; the application just recently launched updates that shifted its algorithm, thus focusing more on creator content and recommended posts; these updates met with criticism, and people complained that they want to see more of their friends on Instagram.

In another attempt to counter TikTok’s competition, Instagram converted each video on its platform into a reel while giving the videos the space of the whole screen just like TikTok. This update, however, met its end when celebrities, specifically the Kardashians, went to Twitter and ranted about Instagram’s TikTok makeover.

Experts indicate that Instagram’s shift of focus toward creator’s content and micro/nano influencers might reduce the engagement of big-time Instagram celebs like the Kardashians. However, this algorithm shift will increase the amount of influencer marketing spending on the app, thus allowing Instagram to increase its already large piece of the pie. TikTok also seems to follow a similar micro/nano influencer strategy, where creators with 1-20 thousand followers are the ones winning the influencer marketing market share for the platform. 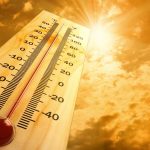 Soaring Temperatures Are Affecting Not Just You But Also Your Data