Very recently, we informed you about a possible bomb threat to a Facebook campus in the U.S. Now, an email scam has been sent to various schools, businesses, libraries, and government offices across the U.S attempting to extort Bitcoin with threats of a bomb attack. FBI has conducted various searches across the places which have been threatened but so far they haven’t found any bombs.

Given below is the email which has been sent to the aforementioned places:

He just received this at our office. I laughed. pic.twitter.com/YoYFIpb1Hl

Following is the statement from an FBI spokesperson:

We are aware of the recent bomb threats made in cities around the country, and we remain in touch with our law enforcement partners to provide assistance. As always, we encourage the public to remain vigilant and to promptly report suspicious activities which could represent a threat to public safety.

While FBI has informed that no such devices have been found, it is important to take threats like these seriously and report any suspicious activity to the police as soon as possible. Right now, the query “bomb threat” is trending on Google News with various places being evacuated and searched for explosives as they have received these threatening emails.

In a similar incident, 415,000 routers worldwide were hacked to mine cryptocurrency. Hackers have been increasingly using Bitcoin, Ethereum and other cryptocurrencies to target various institutions with threats as Blockchain ensures topmost privacy due to the presence of a decentralized network.

What are your thoughts regarding this threat to the U.S institutions? 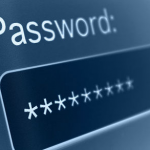