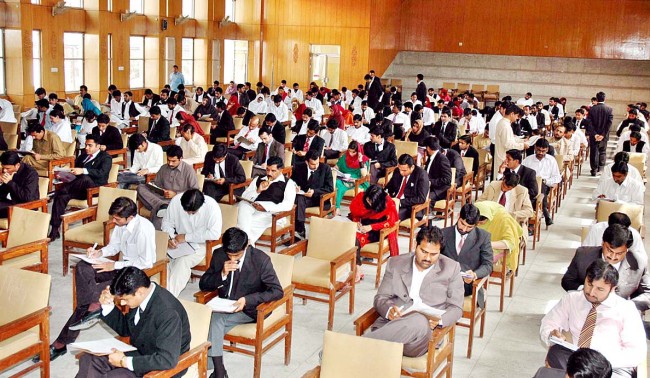 According to the Higher Education Commission (HEC), universities are no longer under an obligation to conduct Graduate Assessment Test (GAT) through the National Testing Service (NTS).

An HEC official said in a statement that all universities have been directed to hold GAT on their own instead of relying on NTS for admissions of higher education. HEC has also denied claims of several students and private universities who came forward with the claims that HEC was asking them to pass GAT via the NTS.

The NTS has been holding admission tests for undergraduate, postgraduate and several HEC scholarships since 2002. And they had long been criticized for their test pattern and results. 2014 finally caused a disrupt in their system. Last year a student named Syeda Anam Ilyas pointed out major flaws in their testing system and filed a petition against it. Following that scenario, the Lahore High Court declared the NTS an illegal testing system and ordered the HEC that no more tests would be conducted by any private firm until it is constituted through proper legislation.

In April this year, news surfaced that upon orders from the LHC, HEC has finally decided to launch its own testing service. Whenever it is launched, the HEC says that it would be made an independent body under the HEC without any external involvement. Until then universities would have to conduct tests on their own like many of them already do.

The new announcement is for postgraduate tests only. Some universities are still using NTS for their undergraduate programs.