Users are switching to iOS for better user experience, survey 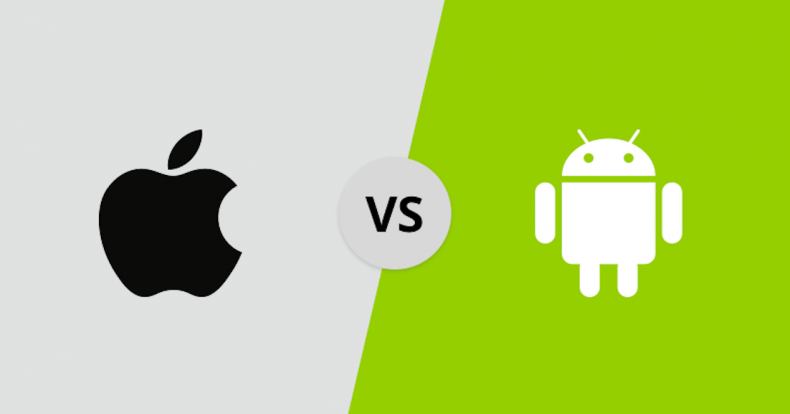 A survey conducted by PCMag tries to look deeper into why people make the move from the current mobile operating system. The survey was conducted for Android and iOS users mainly.

According to the survey, iOS takes the lead as the most sought-after mobile operating system for switches. 18% of the people switched from Android to iOS. Whereas, 11 percent made the move from iOS to Android.

Apple and Android have pretty strong operating systems and their users are mostly loyal to the respective operating systems. The ecosystem switchers though not very high in number account for a good revenue stream for iOS especially. Tim Cook, CEO of Apple, has multiple times mentioned that the platform hoppers are driving force behind the growth of iPhone.

Here are some interesting findings of the survey. 29% of the users switched to Android for a better bang for the buck. 6% moved to Android for more applications and 30% made the move because they felt Android offers a better user experience.

On the other hand, 47% users switched to iOS in hopes of better user experience. 25% hopped because of better features like camera, user interface and overall design.

The most interesting, yet surprising to many, is the fact that 11% users switched to iOS because they felt iOS devices have better prices. 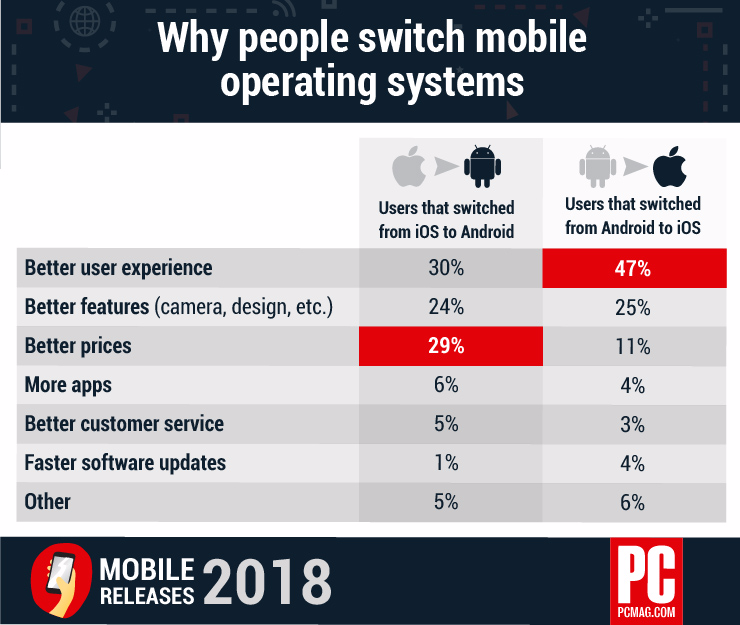 Switching an ecosystem might seem like a small move for many but in actuality, it is a pretty big move. Migration of data, contacts and backups is a difficult task. For example, in Asia, where WhatsApp is used almost by everyone for business and personal discussions. There is no easy way to move WhatsApp backups from iOS to Android or vice versa.

Have you switched your mobile operating system lately?