Since the start, one of the most powerful A.I powered virtual assistants globally; Google Assistant’s voice commands have been initiated with a “Hey Google” or “OK Google” line, but that could soon change.

Reports by Android Police and 9to5Google, suggest that a new feature is in the pipeline known as “voice shortcuts,” which will allow you to avoid the “hey Google” part of the command in specific circumstances, making it quicker and simpler to utilize voice control. With it, It will also become easy to get a couple of more minutes in bed or quickly answer a call without adding additional words.

The feature has the codename “Guacamole,” and it’s almost certain that users would have to consent to an additional array of privacy terms before enabling it to overcome any potential privacy fiasco. There are also chances of a special toggle switch for it inside the Google Assistant settings.

However, as of now, it’s not clear as to when it will roll out, although Guacamole has been under development since March. But, we can’t be certain when Google will make the option accessible in Google Assistant for Android.

Read More: This is how you can talk to Google Assistant in 8 different voices. 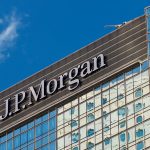 JPMorgan on the verge of offering its first bitcoin fund