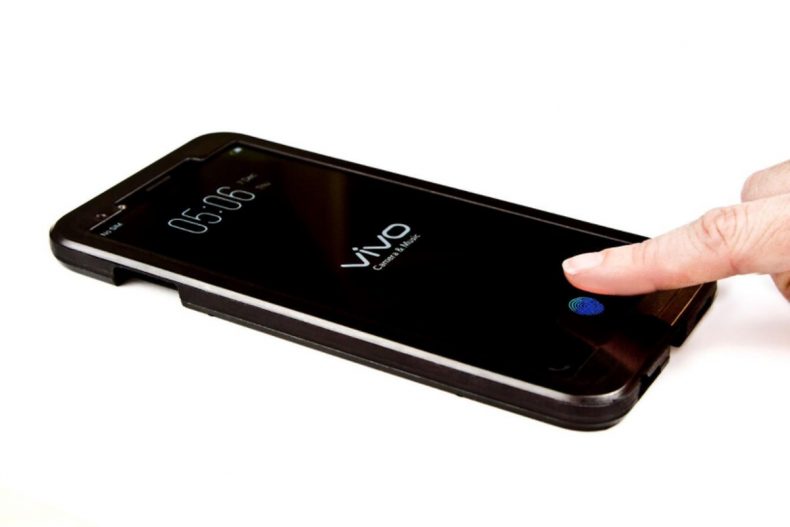 The Chinese smartphone manufacturer Vivo is going to launch its first official smartphone with under display fingerprint sensor at CES 2018.

Vivo had showcased the concept device of the inbuilt smartphone fingerprint sensor under display at Mobile World Congress (MWC) in Shanghai last year. This year, the smartphone company is ready to launch its final product Consumer Electronic Show (CES) in Las Vegas.

Vivo had published the teaser image with a tagline “ Unlock the Future”. This suggests that the in-display fingerprint sensor will be fully functional in the smartphone.

With the in-built fingerprint sensor technology, the smartphone will become a bezel-less phone and the display of the phone will be able to read the fingerprints. These new sensors will be operated by high-resolution optical scanning through full glass display.

Vivo is currently ranking among the top five smartphone vendors in the world. By launching the smartphone at CES 2018, Vivo will become the first company ever to launch a smartphone with fingerprint sensor underneath the display panel.

previous
Samsung's foldable phone with 7.3-inch OLED display might launch in December 2018
random
next
Intel will patch flawed chips by the end of January
Trending Posts