In order to ensure further privacy and security for users, WhatsApp is adding cloud backups to ensure that there is no breach of a user’s privacy. This is said to change the way encryption on WhatsApp works as previously there were no such safety measures and authorities could easily place a search warrant to access the data.

This feature which is currently in testing was first spotted and leaked by WABetaInfo in a recent tweet.

So far, this feature has been rolled out to beta users known as version 2.21.15.5 for Android devices. Once you enable this feature, your WhatsApp data will be securely backed up on the cloud. However, to every new feature, there is a catch and for this feature, the catch is that if you lose your passcode or your 64 digit recovery key then your encrypted backups will be locked forever. These backups will be something even WhatsApp will not be able to recover.

As of now, the beta version is only on Android and has been sent to beta users. However, it is expected that the feature will roll out on both Android and iOS soon. 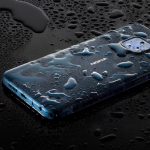