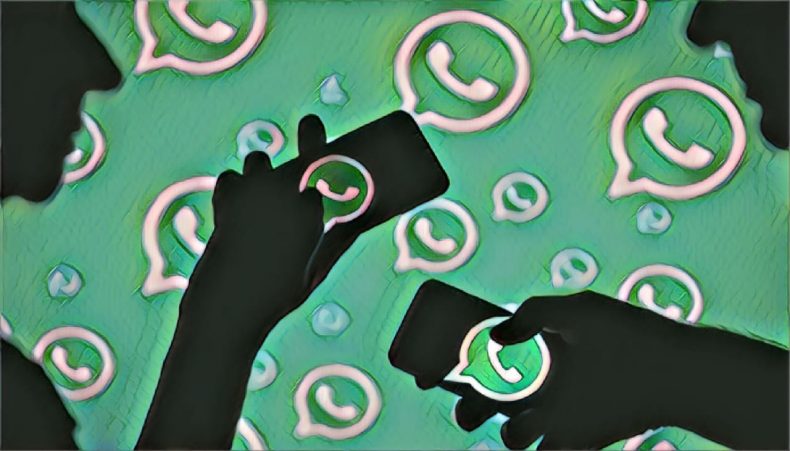 WhatsApp has officially launched the group video call feature on its iOS and Android applications. It is one of the biggest online chat application worldwide, with over a billion users. One on one video call was launched back in 2016. Soon afterwards, firms started coming out with group video call but Facebook, WhatsApp’s parent company didn’t budge; that just changed.

Facebook announced that it will introduce group video call on WhatsApp and Instagram back during the F8 conference held in May 2018. The latter got the said feature a month back while WhatsApp got it just now. The feature added to Instagram had a four-person limit (including the initial user) and WhatsApp carries a similar restriction.

If you want to video call with more than 3 of your friends, do this:

WhatsApp has reiterated that the calls are end-to-end encrypted, meaning no chances of any hacking or data being interrupted etc. This is something really important considering the past privacy scandals WhatsApp’s parent company, Facebook has been embroiled in.

WhatsApp has said that the feature has been designed specifically for low-tier networks, so that you can chat with your loved ones face to face even when you’re away from them or in a rural establishment etc. The only requirement is an internet connection!

WhatsApp’s restriction of four people at a time puts it against some seriously tough competition; for example, iOS’ FaceTime enables 32 people to video call each other simultaneously. Regardless of that, WhatsApp is an important mean of communication for people around the world (1.5 billion, if we are to believe the stats revealed by Facebook’s team during the F8 conference). Thereby, it’s good to see the chatting app being added with a much-awaited feature even if it comes in late.

Update your app to the latest version to start enjoying this feature!

previous
Pakistan's 4G is faster than India's, reports
random
next
So, Xiaomi lied about the transparent back on the Mi 8 Explorer
Trending Posts