YouTube is finally putting an end to unskippable 30-second ads

Google has announced that it will end unskippable 30-second ads that appear before a YouTube video, in 2018.

All YouTube users are well aware of the annoying 30-seconds ads that appear before a video begins and there is no way to skip them. Google is finally dumping such ads for good as revealed in a statement made by a Google spokesperson to Campaign,

“We’re committed to providing a better ads experience for users online. As part of that, we’ve decided to stop supporting 30-second unskippable ads as of 2018 and focus instead on formats that work well for both users and advertisers,”

According to analysts, this is a great move showing that the video sharing and watching platform has realized the consumers don’t like unskippable ads and YouTube wants to keep customers loyal and delighted. Facebook videos are becoming more attractive and engaging and that might be one of the reasons for YouTube to keep its users base and revenue in the digital ad market.

While 30-second ads are going away but other ad options are here to stay. Users will not be able to skip the ads shorter than 30 sec which includes 15- and 20-second ad formats and the 6-second bumper ads introduced last year.

We will have to wait a year for this to happen. 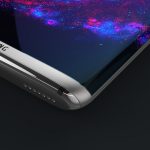 Samsung to use Sony batteries in Galaxy S8, report