YouTube has outlined four major steps that it will be taking to ensure that extremist content does not see the light of day on the platform.

Social media platforms have always had a huge amount of content to showcase including those who use the platforms to spread propaganda and extremist content to other users. This has forced governments and other groups to put pressure on social networks to come up with ways to combat this menace.

YouTube, the online video platform owned by Google, has issued a statement pertaining the measures it will be taking to combat extremist content. The op-ed was published in the Financial Times with the details of the measures YouTube is set to take after working with different law enforcement agencies.

YouTube is not working alone on doing away with extremist content. It has the help and expertise of firms such as Facebook and Twitter all of which are focused on getting rid of extremist content at their ends. It can be expected that this joint effort will soon lead the extremist content to no audience. 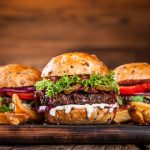