TechJuice > News > YouTuber and Vlogger Ukhano has been accused of sexual harassment: Here’s everything we know about it

YouTuber and Vlogger Ukhano has been accused of sexual harassment: Here’s everything we know about it 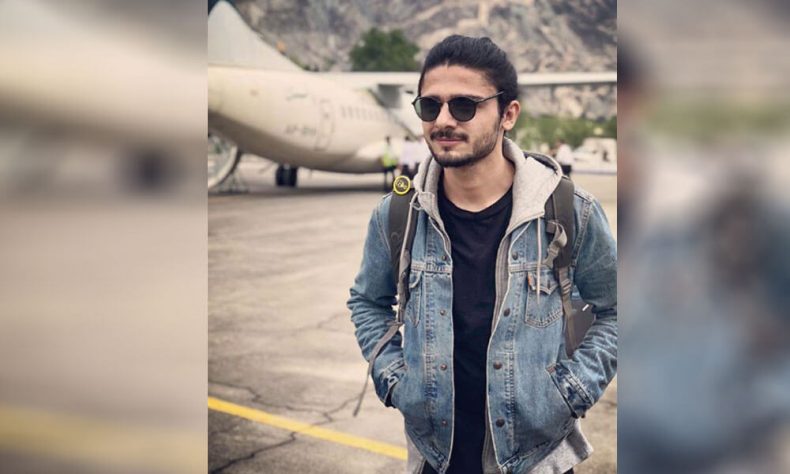 In a classic case of “he said, she said”, famous Pakistani YouTuber and influencer Umar Khan (a.k.a Ukhano) has been accused of sexual misconduct and indecency by hordes of clearly distressed girls. The latter have come forward with screenshots and detailed accounts in this regard, while the former has insisted that these accusations are “baseless” and that he has the evidence to prove his innocence.

The case is still an ongoing one, with no apparent conclusion in sight, and there is enough support on either side to make it difficult to figure out who to believe. Consequently, it’s worth taking a look at the incident and how it unfolded in greater detail.

It all started on Twitter on just another Tuesday night when a very troubling conversation started to take shape. The topic? A recently deleted Facebook post that accused Ukhano of using his influence as a YouTube personality to sexually assert himself on unwilling girls, including her. With a storm clearly brewing on Twitter, more and more people came forward to claim that they had been subjected to the YouTuber’s allegedly predatory behavior as well.

The following are a couple of screenshots that were circulated around Twitter, and they paint a very disturbing picture indeed. 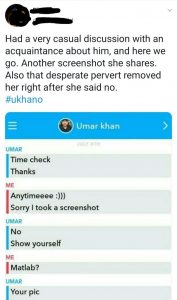 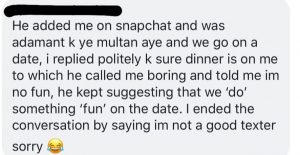 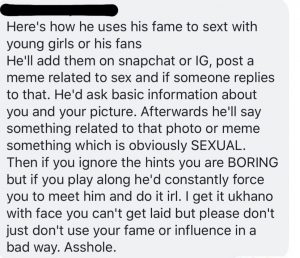 The fact that there are many more of them out there is mind-boggling, but it naturally rested upon the YouTuber himself to defend himself and attempt to clear the situation.

In an interview with MangoBaaz, Umar Khan addressed the allegations targeting him by stating: “Earlier today I was confronted with tweets from a girl accusing me of misconduct with her that has left me speechless and shaken. It has led to more of these misguided allegations, which are based on falsehood and dishonesty, I would firmly like to clarify my interaction with her, as with everyone else, is both consensual and mindful.”

He added that he is “particularly mindful of the difficult position women find themselves” and that “respect for both men and women is the basis on which we work together.”

He went on to share a video on Instagram addressing his family, friends and fans where he insists that he has “never made a single woman uncomfortable” and that he merely has a professional relationship with the person who originally came forward with the accusation. He further claims that he has visual evidence to prove his innocence, and that he is not willing to publish it because it goes against his morals to do so.

In light of the recent false accusations against me, here is my response. I request you to watch the video once and listen to my side of the story before you form any judgements about me.

Meanwhile, it’s clear that Ukhano is not fighting alone from his corner as his acquaintances from the YouTube and media industry have come forward to declare their support for him. Actress Anoushey Ashraf and European travel vlogger Eva Zu Beck insist that he is a respectful and supportive individual. Anoushey also adds that people must wait for concrete evidence before jumping to conclusions. 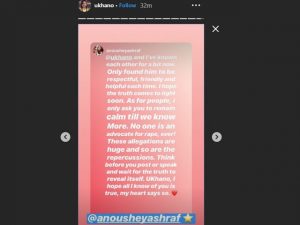 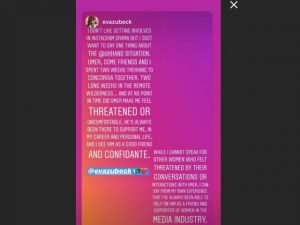 Famous YouTuber Taimoor Salahuddin (a.k.a Mooroo) echoes Anoushey’s sentiments by supporting Ukhano and stating that “judgments should not be made based on emotions and social media outrage”.

On the other hand, vlogger Irfan Junejo took to Twitter to declare his support for the victims and emphasized the importance of raising your voice in such situations.

No person should be able to abuse their powers of influence. I feel deeply for the victims of these actions and hope that they get heard with integrity.

In times like these it is important to raise your voice and take a stance. The evidence is clear and stacking up. There is a pattern visible; and if you are not a victim of said pattern – it does not mean the pattern hasn’t affected anyone else or does not exist.

The story is far from over, as allegations from girls all over the country keep pouring in, and Ukhano has yet to display his “visual evidence” that could ultimately get him off the hook.