The best thing about streaming YouTube videos on your desktop instead of on your mobile device is the ability to resize that window, open it along with another tab, or do whatever you want to do with the video playing in the background. The ever-increasing popularity of YouTube’s Android app suggests that users could do with enjoying similar features in their mobile experience as well and now, for the first time, you will get access to them for free even if you’re not a US resident.

YouTube started out by offering background playback and picture-in-picture functionality to its paying Premium subscribers, while its non-paying users could only enjoy multi-window support. By mid-2018, however, non-paying users noticed that they could access picture-in-picture too, and Google eventually confirmed that the feature was indeed rolling out for all users, as long as they were in the US.

And now, it appears that even non-American users are able to experience picture-in-picture, as can be seen by this setting screen from a non-premium Italian account.

While the Google support page itself only lists US users as being able to enjoy picture-in-picture mode for free, it is entirely possible that the page will be updated once the feature has been rolled out in its entirety worldwide since quite a few reports have come from all over the world about the feature.

Picture-in-picture might appear to be an unnecessarily hyped-up feature because of its long-term elusiveness, but there is more to it than meets the eye. Smartphones have already cemented themselves as the technological pillars of society, and a small improvement for the masses that allows them to multitask like this on the go is simply going to underscore their status as productivity tools.

In case you are interested in checking if the feature has rolled out on your device yet, simply play a video on YouTube and exit the app to see if it stops right there or goes to picture-in-picture mode. You could also check for that particular setting on your app. 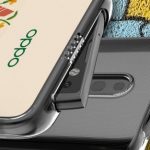