Security has been one of the biggest issues faced by Zoom ever since it grew in popularity over the course of the global lockdown measures. In fact, this came to the fore when the video conferencing platform appeared to be leaking user data. Considering this chink in its armor, Zoom has now announced that it will make at least one improvement to its platform to ensure the privacy of its users.

Zoom has confirmed that it will begin rolling out end-ton-end encryption (E2EE) next week. It will conduct a technical preview to gain feedback from users for the first 30 days, before conducting a further three phases ahead of its official launch.

This announcement came during the platform’s annual Zoomtopia event, where it also launched a new integrated platform for classes and events and introduced its new Zapps platform to allow third-party apps to directly participate in video calls.

E2EE has been in the works for Zoom for a fairly long time now, ever since controversial plans were revealed earlier this year stating that E2EE would only be available to users on a paid plan. The backlash it faced forced it to reverse its decision and agree to roll out the encryption feature for all users.

With E2EE, Zoom will be boosting its existing GCM encryption. Instead of Zoom’s servers managing the encryption key process, the meeting host will be generating the encryption keys and public key cryptography will be used to distribute the keys to each participant. This way, Zoom will have no knowledge of or access to the keys needed to decrypt video chat content since those will be generated and stored locally on the users’ own machines.

To start using E2EE next week, hosts must activate E2EE in their account settings and then opt into it for each meeting that they are. During Phase 1, certain functionality and features will be disabled for E2EE calls, such as breakout rooms, cloud recording, polling, live transcription, one-to-one chats, and reactions.

Zoom hasn’t given a fixed timeline for the other three phases, but it did say that Phase 2 is “tentatively roadmapped for 2021”. 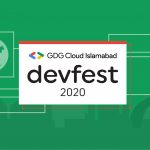