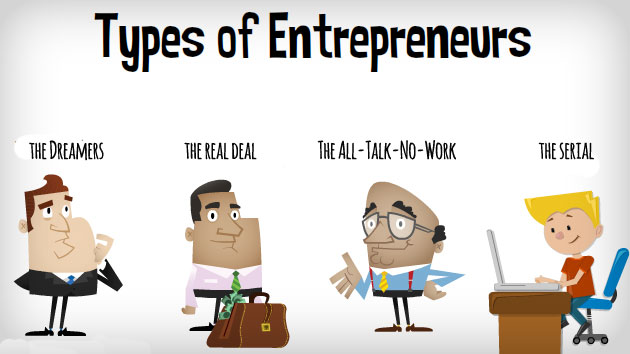 The word entrepreneur is used loosely these days. Hackathons are one of the biggest example of an event where the probability of you bumping into a Pakistani entrepreneur is 100%! So really, the question that needs answering is whether all of them are indeed entrepreneurs? They sure like to call themselves one so we took the liberty of classifying these gentlemen/women into certain, ahem, entrepreneurial groups.

1- The Real Deal
These are the actual entrepreneurs. They had a brilliant idea and they worked hard on it. Their product is the result of hours of efforts, countless all nighters and hundreds of RedBulls. They remained steadfast when faced with difficulties and while they may look all cool and chic, when it comes to doing actual work they won’t hesitate a minute before pulling up their sleeves and getting to it. These are the ones that you really want to meet and talk to.

2- The Dreamers
The dreamers have a tough life. In the morning they work a regular 9-5 job and at night they sit and contemplate possible startup ideas over a cup of coffee. They come up with ideas and discard them. In their dreams, they have built great business empires and have become the next Steve Jobs but then the alarm rings and life happens. You will find them quite easily at hackathons. They are the ones who talk about dream projects and try to induct you to become part of them. They invite you to meet somewhere for lunch to further discuss ideas which will never actually be implemented because these people will never risk their jobs.

3- The All-Talk-No-Work Entrepreneurs
All-Talk-No-Work dreamers have a magical way with words. They can make a dreamer out of you and seduce you with the possibility of a remarkable idea but at the end of the day, they won’t do a thing. They won’t move a muscle, they won’t try to get things done and years later when you will meet them they will still be talking about this great idea they have and how it can totally succeed. Our advice, stay away from these ‘entrepreneurs’.

4- Serial Entrepreneurs
Serial Entrepreneurs are easily the eighth wonder of the world. They have a way of turning dust to gold. Every now and then they come up with an idea, work on it and see it through and many times it turns out to be a success. Such people have an innate talent, a burning desire to explore new dimensions and a quick thinking mind. They make a decision and stick to it. Such species of serial entrepreneurs is rare and if you find a true serial entrepreneur at a hackathon, take an autograph.

5- The Braggers
Ever had to sit through a lunch/dinner at an entrepreneurship event where this person just wouldn’t quit talking? You probably did. Meet the braggers, a pain in the neck…these people will eat your ear off with their plans and details. They are entrepreneurs in the very literal sense of the word. They have a product and they have usually worked a fair deal to launch it in the market but they have the annoying ability of stretching things too far. They take an ounce of success and publicize it like they have conquered the world. At hackathons, if you encounter such a fellow you will have no choice but to walk away.

6- The Cash-preneurs
These entrepreneurs are motivated by one thing and one thing alone: money. [Play Mamma Mia’s Money Money in the background] They talk money and walk money. Their main pitch will be some scheme to make more money and even if they are successful, you will find that they aren’t quite as inspiring as people who believe in what they do and are passionate about their work. But hey, no harm in earning money, right? We all need it at the end of the day.

7- The Copycats
Like predators, copycats lie in wait quietly for a good idea. Once they find one, they run home quickly and start working on it. These are idea thieves who are content with putting efforts on somebody else’s idea but can’t find it in themselves to use their brain and think of one themselves. These are hard to spot as they only reveal themselves once it’s too late and the idea has been kidnapped and taken away.

8- Wanne Be’s
The wannabes want to be entrepreneurs because they think an entrepreneur is some sort of cool dude with a hip and happening life. They neither have the idea nor the skill nor the drive to work but they like the title so they hang around in entrepreneurial events and call themselves entrepreneurs.

9- The Sidekicks
The sidekicks have a short, sad story. They started as the plus ones of real entrepreneurs and were enticed by the outwardly glamour of the business world. After a certain number of events, they become well versed in the way entrepreneurs talk and behave. Nowadays they frequent hackathons and other events as entrepreneurs because they have deluded themselves into thinking that they are a part of the community and are no less than anyone else.

10- Inspiring Entrepreneurs
These entrepreneurs have dealt with a hard life. They have overcome big hurdles and they success stories will leave you in awe. These people are inspiring. Their hard-work, diligence and most of all perseverance has lead them to a point in their lives where they are successful. If you need inspiration, these are the go to people. They usually have the best advice for budding entrepreneurs.

Did we miss a certain type? Tell us in the comments below. 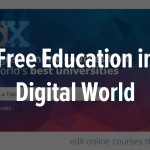