23-year-old Nuzaina Faisal Khan has proved to be another ray of hope and progress as she becomes the Rhodes Scholar for Pakistan and has spent much of her time at Wellesley investigating how we perceive the truth, especially in places where it intersects with technology. An economics and psychology double major from Lahore, Pakistan, is writing her senior thesis on how preexisting biases play out online, affecting our ability to assess misinformation.

(Note: You can also apply for a scholarship at Wellesley College, more information on that is at the end of the article.)

Nuzaina also served as chief justice of the College at the time she was at the college. For the past two years, Khan also has worked at MIT’s Human Cooperation Lab, developing surveys used to study and reduce misinformation on Google, Facebook, and Twitter.  In October, Khan received a big boost to her efforts: She was named a Rhodes Scholar for Pakistan. After graduating from Wellesley, Khan will study at Oxford University to investigate how misinformation is created and spread.

Nuzaina Khan is interested not just in misinformation itself, but in the effect, it has on people’s lives. “People are dying due to COVID-19 misinformation, democracy is under threat—in Pakistan and around the world. I care about justice generally,” she says. “But the misinformation part is critical because knowledge is power. And misinformation gets in the way of the just use of power.”

At Oxford, Nuzaina plans to develop what she calls an “interdisciplinary toolkit” to answer questions about emerging technologies and develop frameworks that can strengthen internet governance to combat the spread of misinformation. She wants to develop a practical application for principled action even before she came to Wellesley. In high school, she designed an app that decreased police response time in child kidnapping cases in Pakistan and successfully pitched it to the government of Punjab.

But as a Rhodes scholar, with access to an international community—she can transform her work. Khan’s family placed a high value on education, and she has seen the impact Rhodes scholars have had in Pakistan, but she wasn’t sure what would happen when she applied for the highly competitive award through the Rhodes in Pakistan scholarship program.

She was one of two recipients this year; in a surprise twist, the other is her childhood best friend. “That’s the best part. I was really rooting for her!”

Khan credits her classmates and the faculty at Wellesley with much of her success. “They’ve pushed me to be curious, and to explore—to take new classes in disciplines I didn’t even know existed! And they’re also very kind.”

In her departing speech as a Chief Justice, she praised Wellesley College and confronted that she had the most amazing experience on campus. She said;

“Over my last three years, I have watched in awe as Wellesley students have time and again manifested the Honor Code and pushed for a moral education in addition to an academic one. The Honor Code is only two sentences, but I believe its simplicity is actually its biggest strength. It is timeless and not location-dependent but rather a dynamic conversation between Wellesley, our environment, and the needs of our time. The Honor Code is a commitment to living a life of honor, to pursuing a purpose larger than ourselves long after we have left this beautiful campus.”

If you also want to apply for the Wellesley College Scholarship then you can visit their official site as they have pledged to give one scholarship to a Pakistani student every year.

As the Rhodes Scholarships are place-based, the eligibility criteria, application requirements and selection process vary slightly depending on which constituency you are applying for. To ensure that you have all of the information you need to apply, please read the Information for Candidates – specific to Pakistan – carefully. You should also check the Conditions of Tenure to ensure that your proposed course of study is covered by the Rhodes Scholarship and share the Guidance for Referees with your referees. 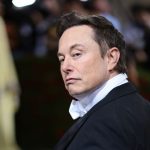