Being a Pakistani citizen, you might have a very good idea about the condition of public transport in Pakistan. There is no concept of metered auto-rickshaws or taxis. Even if you have to go from point A to B and then come back, there is a good chance that you will pay different rates for the same journey. Pricing depends on your haggling skills, not on the distance you need to cover.

With the introduction of services like Uber and Careem, many people thought that this hassle will not exist anymore. Much to their dismay, it turns out that everything is not as easy as it appears to be.

A few days ago, while it was raining heavily, I decided to book a ride with Uber to avoid getting wet on my way to University. To my surprise, Uber told me that there was a shortage of drivers in my area and to encourage drivers, the prices had been increased 3 folds. As I wasn’t in a hurry, I decided to click on “notify me when prices drop to normal” and wait for a while. I barely had to wait for 5 minutes and prices were back to normal again.

A few days later, the same thing happened when PTI decided to protest on the streets of Lahore. Traffic situation worsened and thus Uber algorithms decided it was time to surge prices in Lahore again. Instantly, a blog took notice and published a story on it. I was surprised by some of the reactions to that article where people thought that Uber was not being fair or it was a bad policy, designed specially to hurt customers.

Being an avid Uber user myself, here are my two cents on why surge pricing by Uber kind of makes sense:

1. It attracts more drivers to work in difficult conditions

Let’s be honest here, if it raining outside or if there are long traffic jams, who would want to go out and drive people around? Especially in a business model like Uber where drivers are not obligated to work at any specific hour. Who wouldn’t want to just lay low until the conditions turn to normal? So there must be something to attract drivers to work in such harsh conditions. This is where surge prices help attract drivers out on a rainy or an unfortunate day where roads are blocked.

2. The early bird catches the worm but.

Like it was in my case, if you just ask Uber to notify you when prices drop to normal, you may be able to avoid high rates altogether. So if you are not in an absolute hurry, just wait for a while and you will be able to save your hard earned cash.

The whole purpose of surge pricing is to get more drivers on the road. So if people start paying more to get around, soon there will be enough drivers on the road to turn prices back to normal. This will help other users get their rides at normal fares. So in a way, you may be encouraging drivers to continue working in worst case scenarios.

4. It is a chance for drivers to earn more

With Uber dropping prices by 30 percent for users in Lahore, there is not a lot of earning potential left for drivers. So this kind of surge pricing allows them to earn a bit more (albeit in rougher conditions than usual). So it makes sense to think of those hardworking people too.

While I do concede the point that pricing surge hampers the user experience and is potentially damaging to customers, when we look at all these others factors, high rates starts making a little more sense. As Uber expands in Pakistan and recruits more drivers, these surges are expected to decrease in frequency. Until then, people will have to adjust to this idea of increased prices from time to time. 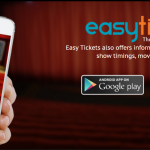