When it comes to gaming, especially on smartphones and tablets, the need for installing applications for it is rather time-consuming as people are looking to enjoy in-depth video games without constantly filling up their system’s storage.

This is where Artie comes into the fold as they look to improve the way mobile games are distributed and played. The startup started off creating augmented reality-based avatars that would serve as emotionally intelligent companions for people. However, the startup, later on, realized that there was a much bigger problem to solved in the world of gaming.

The founders of Artie, Armando Kirwin, and Ryan Horrigan noticed that numerous game developers, who place endless efforts in developing games for their users, are always looking for ways to bypass Apple’s App Store rules and regulations. This is not a surprise as many notable game studios such as Epic Games, the creators of Fortnite, are against the unnecessary restrictions Apple has placed.

The startup hence created a platform for users to play games on their browsers without the need to ever installing an app. What truly separates Artie from the rest of the game developing companies is that Artie supports Unity allowing users to play high-resolution games similar to what they get from an app that relies heavily on the system storage.

Moreover, aside from the casual touch-based gameplay, Artie allows players to use voice, text, and camera input to communicate with game characters hence creating a much deeper engagement and interaction in the respective games.

The CEO of Artie, Ryan Horrigan, further added:
“Similar to cloud games, we’re running Unity games on our cloud, but rather than rendering their graphics on the cloud and pushing the video to players, we’re not running graphics on the cloud. We’re streaming assets and animations that are highly-optimized and rendered in real-time through the embedded web browser.”

This is a win-win scenario for both the company and the users as not only will the users enjoy games without the sacrifice in graphics and experience but the company itself will be devoid of any store restrictions, infrastructure costs, and lag time.

Artie is currently working on bringing existing games from other studios on the platform while developing its own games free of cost for users. The startup further plans to release an SDK allowing other developers to distribute through its platform as well and is currently supported by founders of key companies such Shutterstock, YouTube, and much more.

How To Permanently Delete Your Images From Google Photos 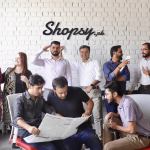