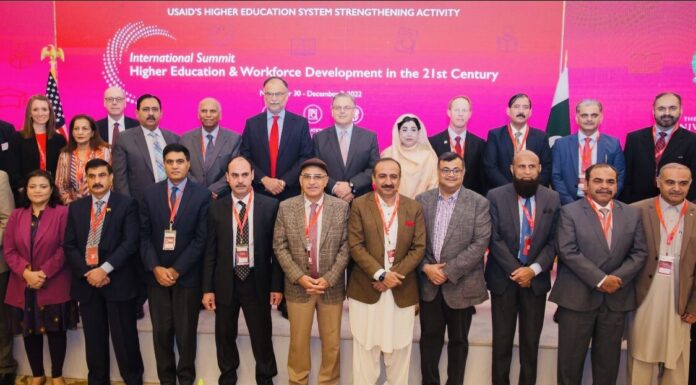 Note: Details about applying for the scholarships are given at the end of the article.

Ahsan Iqbal, Minister for Planning and Development, said that the government is committed to educating every child as it is their fundamental right, saying the government had decided to offer 20,000 scholarships to unemployed graduates across the country on Wednesday.

He said this while referring to an international summit in Islamabad, the minister emphasized that education was inevitable for the nation’s progress and development. He thanked the United States for its support in the higher education sector in the country. The minister urged the HEC to produce skilled labor as per the needs of the market.

It is very important for the universities to be prepared and be equipped with latest technology to deal with the modern day challenges, Minister Prof Ahsan Iqbal speaks at the @USAID_Pakistan ‘s International Summit on Higher Education & Workforce Development in the 21st Century pic.twitter.com/TRQ93u33m7

“In this era of information technology, we have to focus and produce students as per the requirements of the market.”

The minister expressed the hope that the Youth Development Initiatives (YDI) recently launched by the prime minister will enhance the skills of students across the country.

The government formed HEC in 2002. It replaced the UGC as the regulatory body of HEIs in the country. There are now 210 HEIs, and as in many other sectors, the government has a significant presence in this sector too. The total HEIs in the private sector is just 83. As of 2019, the graduate unemployment (GUE) rate is touching 16.5%. The following figure shows the unemployment trend for university graduates since 1999.

The minister further announced that scholarships would also be awarded to students of far-flung areas of the country under Youth Development Initiatives (YDI), recently launched by Prime Minister Shehbaz Sharif. The summit was attended by US Ambassador to Pakistan Donald Blome, Senator of Utah State Dr. Keith Grover, the chairman Higher Education Commission (HEC), and others.

The Higher Education Commission (HEC) has already announced fully funded scholarships for studies in China for the session 2023-24. HEC has invited applications from Azad Jammu & Kashmir and Pakistani students to study and conduct research in various fields at the best universities in China. The deadline to submit an online application on the HEC portal www.scholarship.hec.gov.pk under learning opportunities abroad is Thursday, 15th December 2022.

Anyone can apply for scholarships in China. If you want to apply for the scholarship you would have to visit https://campuschina.org/

You would need to provide your educational history and the process is pretty simple. And after your application is online you would have to wait a couple of weeks before they can reach back to you. The Higher Education Commission has set December 15, 2022, deadline to apply for scholarships in Chinese universities. 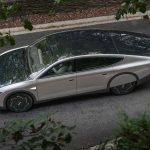