Back in 2003, Paul Ceglia worked with Mark Zuckerberg for a programming job for Facebook. The job was done and both continued with their own lives but in 2010, Ceglia came back into the picture claiming that the hiring contract gave him 50% ownership of Facebook, which is now worth billions of dollars.

Facebook decided to fight the battle and as the case progressed in courts the tables were turned, Ceglia was charged with fraud for doctoring the documents. As a result of this, he was placed under house arrest. 8 lawyers dropped his case. He continued to lose the legal battle one after the other and a time came when he was struggling to stay out of prison.

In March 2015, Ceglia disappeared with his family and told Bloomberg in an email that he escaped to save his life. He added, “I felt I had no one in government I could trust.”

Now after three years, the police was able to identify the location of Ceglia and arrested him by following his wife.

The case of Ceglia brings back the memory of the Winklevoss brothers who filed the case against Mark Zuckerberg for stealing their idea to launch the social networking platform Facebook. The twin brothers received $65 million for this case. 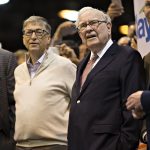