Amazon Has Suspended Over 13,000 Pakistani Seller Accounts Due To Fraud

Last year on 21 May, Amazon enabled seller accounts opening option in Pakistan for Pakistani sellers to sell their products without having the trouble of contacting their foreign relatives to open an account for them. But this opportunity was exploited by many Pakistanis and Amazon has vigorously started to suspend any Pakistani account that is involved in any kind of fraud.

Over the past few years, the Amazon selling industry has been a buzzword for the majority of the youth of Pakistan. Saqib Azher, Sunny Ali, and Rehan Allahwalla are the Pakistani teachers and Amazon experts that guided the nation towards the path of Amazon’s success. And thousands of Pakistani Amazon sellers learned from them and made hundreds of thousands of dollars.

Everything was going great as long as everyone joining the Amazon seller program had to go through these institutes if they were to make accounts on Amazon. There was also a decent amount of fee required for anyone to open a seller account in Pakistan. Only the serious sellers with dedicated training and focus opened Amazon’s seller’s accounts.

But things started to get dirty when Amazon announced that now everyone in Pakistan can open a seller’s account after standard verification and formalities. It only made sense to Amazon as there were many Amazon sellers in Pakistan operating under foreign accounts. They wanted to increase their ‘ease of doing business in Pakistan so that more sellers join and ultimately Amazon can benefit from it.

In the beginning, it all looked good as small businesses in Pakistan started to export some products to international markets and sell them via Amazon. But to none but Amazon’s surprise, a lot of Pakistani lads who were not trained for legal complications and scarcity of their official accounts started to find back doors to catalyze their earnings on Amazon.

There were several tricks used by many people in Pakistan to make extra bucks. Amazon told that the areas of Mian Chanuu and Sahiwal have a specifically higher number of defaulters and are considered red zones. Amazon has banned the IP addresses of Mian Chanuu to open or operate their accounts and has claimed that these scammers are now operating from some Dubai accounts or some other places. The tricks used by these scammers are;

Fake sellers claim to buyers that the order is estimated to reach them within 15-20 days. Amazon usually pays the sellers in 14 days, so these scammers set up fake tracking of the order and the buyer has no reason to doubt and doesn’t report anything. After 14 days, Amazon pays the seller and then keeps waiting for the order which they never receive. Amazon in this case does nothing as they have already paid the sellers.

This trick involves buying fake cards for around $100 with all the details from the dark web. Then they buy some gifts from those cards and sell them to customers, in this way the scammers are more difficult to get caught and as the buyers are getting what they ordered, no one can report them.

The filling is a trick that sounds legal but is illegal. What fillers do is place products on Amazon and when they get any order from the customer they buy the same product from some other vendors, like Sam’s Club or Walmart, and ship it to the buyer’s address.

What Will Be The Future Of Amazon In Pakistan? 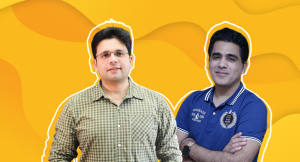 It is interesting to note that Pakistanis have registered 80,000 Amazon seller accounts which is only less than China and it has only been a little over a year since it has been made possible. And only a few of them are benefiting Amazon and most of them are either doing nothing or trying to scam in some way. The sellers who opened an account from foreign cooperation registration or via foreign relatives are providing some value to Amazon. Amazon’s effort to manage the sellers of Pakistan is more than the profit it is getting from it. So it is quite possible that Amazon can go back to disabling the seller account option in Pakistan. Which is good for the Pakistani seller even if it sounds bad.

If Amazon revives its old status, only genuine trained sellers that have something at the stake are going to take a chance on Amazon and this way sellers would be more focused and also avoid the extra verifications that Amazon had to induce due to the defaulters.

Amazon has already given indications of that by banning anyone from Mian Chanuu and Sahiwal from opening an account and it will possibly happen in all of Pakistan. But sincere sellers are unlikely to be stopped from investing some money and opening their accounts. One thing is sure Amazon e-commerce is not going to vanish from Pakistan and only more success stories are going to appear from the people that worked hard for it. 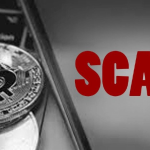