In light of recent data breaches and the ever-growing influence of technology companies throughout the world, Apple CEO Tim Cook predicts that it is inevitable that a law will be passed soon to regulate companies for data protection and privacy. Tim has been pretty outspoken about breaches like Cambridge Analytica even saying that he would never be in such a situation if he was the CEO of Facebook, remarks which infuriated Mark Zuckerberg.

In an interview with Axios, Tim said he was expecting the U.S Congress would soon consider setting regulations. In an excerpt, he was quoted saying:

Controversies have marred Facebook ever since the 2016 Presidential Election and Mark Zuckerberg’s role as CEO is being questioned with many investors lined up to force him out. However it has to be kept in mind, Facebook has introduced sweeping changes across its different platforms to rectify the mistakes which it made in the early years, still it remains subject of controversy especially on political campaigns.

Do you think a regulation is needed to control tech companies? Have you been a victim of a data breach? 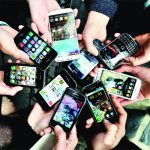