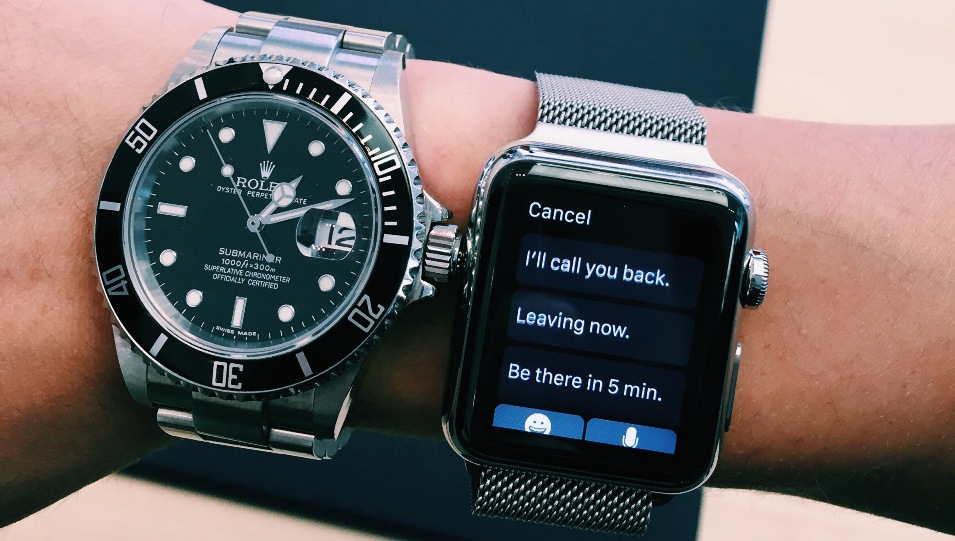 Apple introduced its smartwatch back in 2015. And soon after launching, it became the best selling wearable smart device. In 2015 Apple sold almost 4.2 million units in the second quarter. Now after all these years it seems like Apple has finally put the Swiss watch industry to shame.

According to the sales estimations by the Strategy Analytics, Apple was not only the best seller of the wearable smartwatch but also Apple has outsold the whole Swiss watch industry in the number of units sold in 2019. Apple has successfully sold 31 million units in 2019 on contrary to the Swiss watch industry as a whole combining all the major brands like TAG Heuer and Swatch was able to sell around 21 million units. So that puts Apple ahead of the competition with almost 10 million more units sold in 2019.

Neil Mawston, executive director at Strategy Analytics writes “Analog wristwatches remain popular among older consumers, but younger buyers are tipping toward smartwatches and computerized wristwear” this makes a lot of sense because of these smartwatches there is a complete shift in the buying behavior among customers and also because of the digitization of everything around us makes it more of a need than a want.

According to fellow Strategy Analytics analyst Steven Waltzer, “Traditional Swiss watchmakers, like Swatch and Tissot, are losing the smartwatch wars. Apple Watch is delivering a better product through deeper retail channels and appealing to younger consumers who increasingly want digital wristwear. The window for Swiss watch brands to make an impact in smartwatches is closing.” These Swiss watchmakers were the leader of this market but now they remain popular among people that are not tech-savvy and old. As companies like Apple and Samsung are improving their product every year it’s becoming more challenging for these Swiss companies to enter the smartwatch segment.

Apple watches are leading the smartwatch market despite facing competition from different companies like Samsung and Fitbit. Both the companies Fitbit and Samsung have improved their smartwatches overtime and the smartwatch industry is developing at the speed of light.